So we have this common saying on the team. It goes something like this…

Person 1: Statement about how hard certain part of the course, race, etc was and how silly they looked trying to overcome it.

Person 2: But at least we tried really hard!

And in some ways, it might be, however the idea of celebrating coming in dead last during a scratch race, crashing a million times on a cross course, or having the least graceful dismount/mount ever because, in the end, you tried really hard is important and valuable – especially to a growing women’s field. Let’s take a moment to break that idea down: 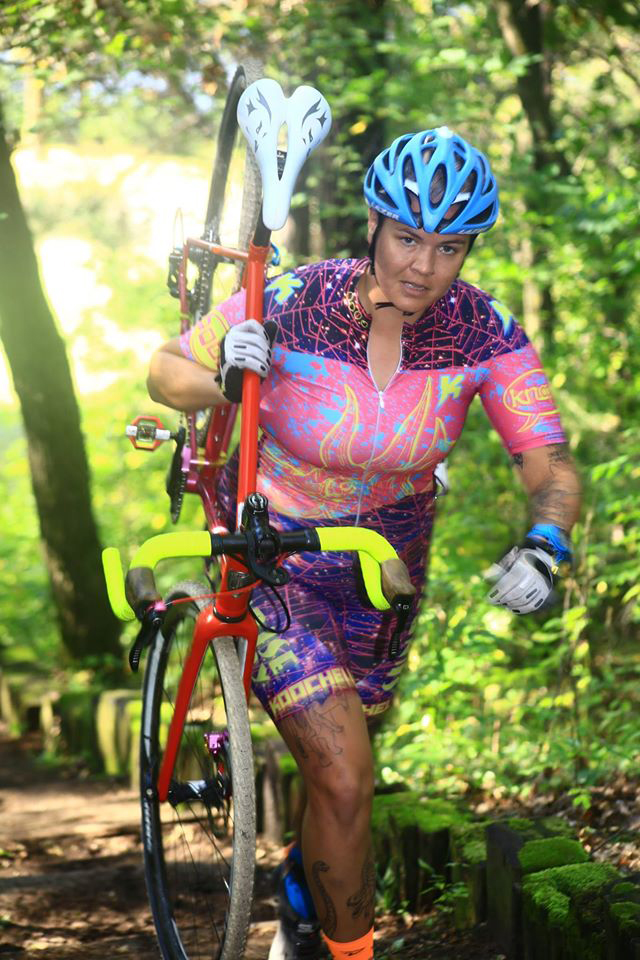 The face of someone who wasn’t having the best race ever, but still tried really hard. And looked fly as hell.

There’s no shame in trying hard.

Maybe you keep getting dropped in every single criterium you do. Perhaps you feel like everyone else is way faster at technical cross courses than you, or that your standing sprint is awful. Maybe you felt like you turned yourself inside out during a race, only to still miss that coveted podium spot. That’s okay. It’s important to recognize weaknesses as long as you don’t dwell on them, rely on them for excuses, or allow them to control your life. Regardless of how any race or training ride goes, trying really hard not only makes you a better rider, but also increases the excitement and overall skill level in the entire field. Imagine watching a race on the velodrome where everyone is only giving 60% effort because they know that there’s one fast rider who is going to crush everyone. Sounds pretty boring and uninspiring, right? Imagine that same race, except now everyone is giving 100% and trying to reel in that fast rider. That’s the race that’s going to motivate racers to keep coming back, continue to train hard, and progress as athletes. Even if no one is able to catch up to that super fast rider, at least everyone gave it their all, and that’s something to always be proud of. In short, trying really hard, even if you “fail,” is an achievement worthy of both praise and celebration.

These women got second, third, and fourth place respectively. They were all trying really hard.

Dedication is the only thing you can control.

In a sport rife with crashes, inclement weather, malfunctioning equipment, illness, and injury, training and racing goals can easily become derailed. That’s why, in many ways, your dedication is the only thing you can control. It’s important and empowering to set goals for yourself and work to achieve those goals. Do those intervals you hate, go out of your way to ride up that hill on your commute home, eat more vegetables than you normally do, or go on training rides with cyclists who are faster than you. Even if you can’t complete that workout or are totally exhausted by the end of that ride, (or hate vegetables for that matter), dedicating yourself to something you are passionate about is brave. Even if you go into that season or race feeling like you’re still not where you want to be, knowing that you’ve been trying really hard is something to be proud of. 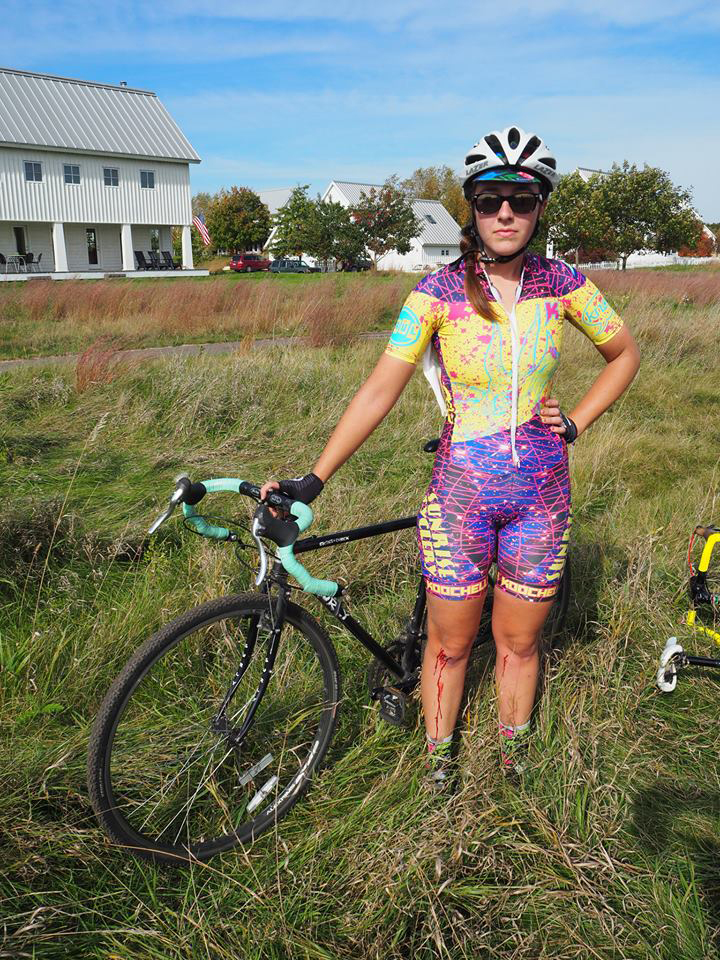 This rider tried so hard that her legs got bloody.

That being said, we all have those races or rides where nothing is going your way and you feel that internal flame of effort die out. You might give up and switch into “survival” mode, in which your main goal becomes to just finish or find the nearest point where you can quit. As long as it doesn’t become a habit, that’s perfectly okay. We all sometimes get “beat down” by exhaustion, tough courses, or hard races. Acknowledge it in that moment and make a pact with yourself that, despite feeling negative about your performance right now, you’ll keep trying really hard next time. 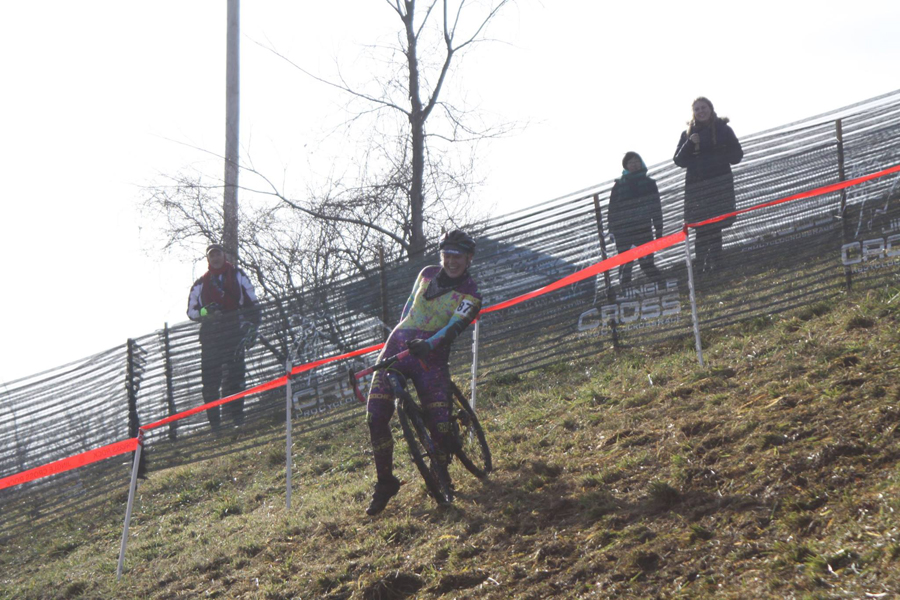 You think about you more than anyone else thinks about you.

This isn’t to say that we’re all self-absorbed assholes, it’s just that most of us are too busy working, volunteering, spending time with family and friends, and riding our bikes to worry too much about what’s going on in everyone else’s life. Think about it – when’s the last time you finished a race and immediately thought, “I wonder how so-and-so did?” Unless it’s a friend who you know was trying really hard to podium or was particularly concerned about this race for any number of reasons, chances are they aren’t your first thought (if they are, however, kudos to you for being a loyal and concerned friend!). Next time you leave a race feeling less than stellar about your performance, just remember that everyone else is probably thinking about their own race too, not yours.

So you’ve made a pact with yourself to dedicate yourself to your passion (which we sincerely hope is cycling related), and try really hard. Awesome! Remember that not every rider celebrates trying hard like you do and sometimes they might need reminders that trying really hard is about as rad as it gets. Support your fellow cyclists by congratulating them on their efforts, whether they’re on the podium, DFL, or DNF and strive to make our wonderful sport as welcoming and enthusiastic as it gets. From our perspective, more is more. The more women, races, and posi feelings there are, the better cycling becomes for everyone involved. 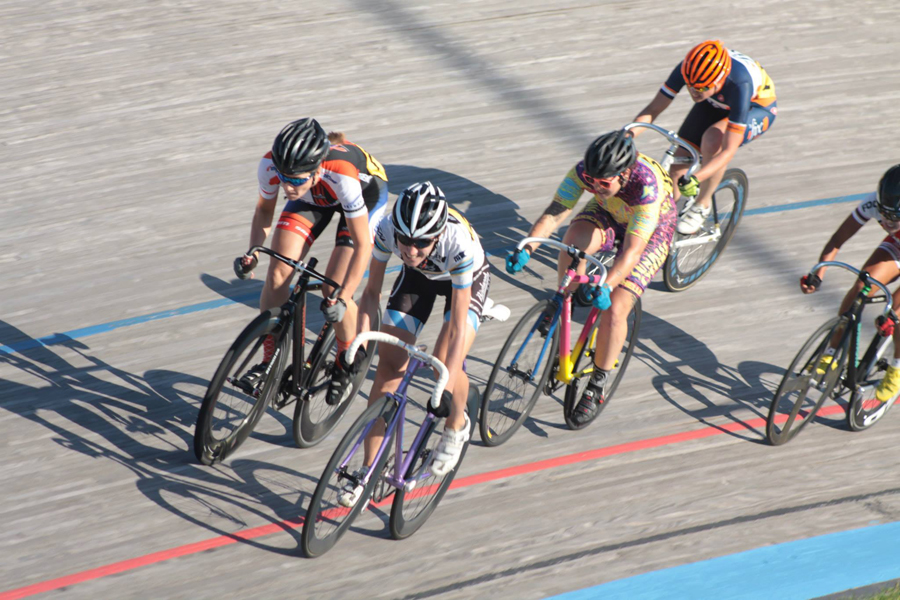