Our second installment of our Women, Trans, Femme Crush Wednesday series is none other than Linsey Hamilton.

Chances are, if you’ve been to the velodrome, you’ve probably encountered Linsey in some way. She’s a staple at the track where she teaches clinics (for adults and children alike), races, and is a source of enthusiasm and coaching for everyone. Additionally, Linsey is a successful racer, bringing home the hardware from national and international races alike.

1. When and how did you get into bike racing?
In the Spring of 2007, I attended a Women’s Track Night. (Yes, we had women’s programming way back then!). You know how it is…the first time I traced the blue line with my bicycle, I fell in love. Four weeks later, after competing the intro track class, I raced my bike for the first time ever, on the velodrome. I can hardly believe that 2016 will be my 10th season in Blaine!

2. Your most favorite bike you’ve ever had/why:
Right before 2nd grade my family moved to Michigan. My dad had moved into our new house a few weeks before my mom, brother, and I joined him. Waiting in my bedroom was a shiny new bike! What kind? I have no idea!? But it had wheels. For me, that bike was a means to emulate my dad’s athleticism. Also, it was freedom! A way to fly around the neighborhood uninhibited!

3. What do you do when you’re not racing/riding?
When I’m not racing or training…I’m often still at the velodrome teaching the Intro Track Class and the VeloKids. Otherwise, I’m at the dog park with Brooklyn, volunteering with English language learners, and working on projects around the house.

4. What do you do to keep winter training interesting?
The weird thing that I do for accountability during winter training is to take a selfie while on my bike on the trainer in the basement (FYI: In the background is a national champ jersey and a road sign that says “Bike Lane” that my mom gave me). Seriously, don’t ask me why that works for me. Maybe it’s proof of my work. Yep, I’m weird. 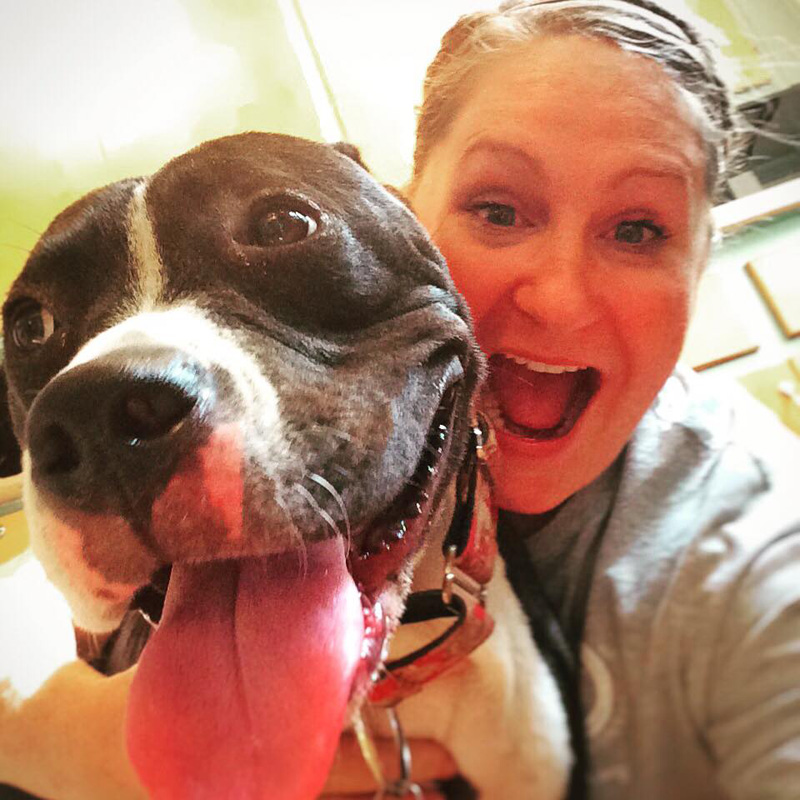 5. The most memorable race you’ve ever done?
It’s hard to choose ONE most memorable race. One outstanding moment was my 2k pursuit at Master’s Nationals in 2010. It was my first race of the week and I was a nervous nelly. In turn one, Casper hollered my splits and in turn three I had a teammate hollering to me if I was up or down on my opponent. I was up, up, up, up, up for the first 5 laps. Then down on lap 6. Internal dialogue: “Ok, my legs have more, go faster!” Down on lap 7. “Seriously!? Come on, goooooo!” On lap 8, in the final half lap, I did the unthinkable, I peeked across the track! And my opponent and we looked dead even. I gave my final dozen pedal strokes EVERYTHING! And I won my first jersey by less than a tenth of a second. When I tried to get off my bike, my legs were mush and my teammate literally had to hold me off the ground! 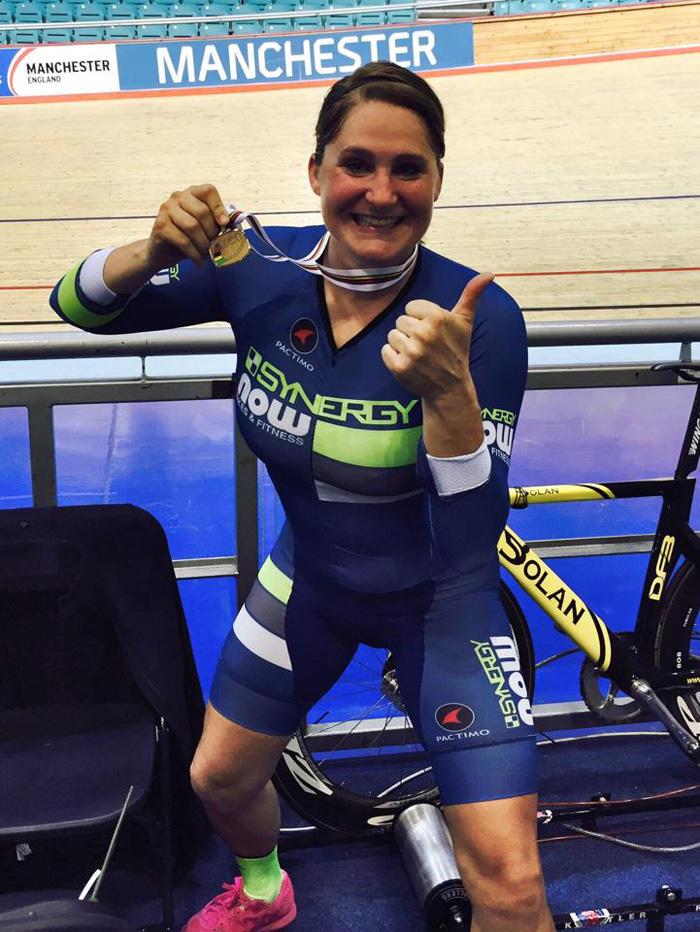 6. What would you say to a woman who is interested in riding the velodrome, but hesitant due to the whole fixed gear, no brakes, banked turns thing?
I fully believe that the track is a safer environment than the road. No cars, no potholes, no dogs. And no brakes means that the riders in front of you can’t slam on the brakes. Decelerations are more controlled. Bring a friend (or make one at the track) and bring a bit of bravery. The track will steal your heart!