Last Thursday night was an evening of thrilling racing for both the women’s A and B fields. The A field featured all of the team’s new riders along with June “Tiny Terror” Osaki and France “Fancy Pants” Barbeau. Amongst the sea of Koochella was the lone island that was Kristin from the Hub, making the field 8 riders strong. 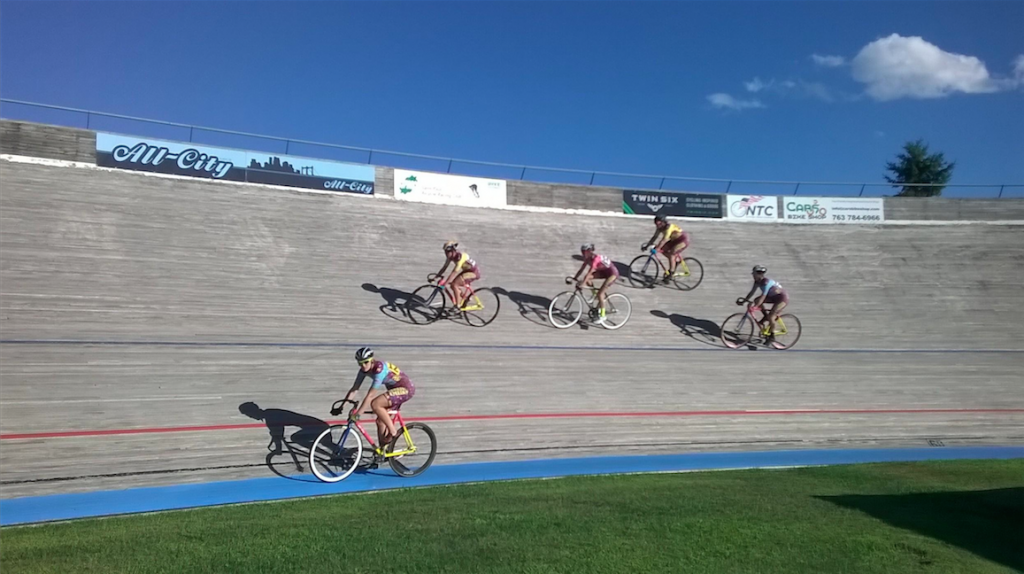 With each race the women fought hard for their omnium points. Right from the gun, Rachel “Lazer” Zaidman snagged enough points to secure her in the lead in the 12-lap point-a-lap race in front of Sarah Bonneville and Renee “Dark Horse” Hoppe. 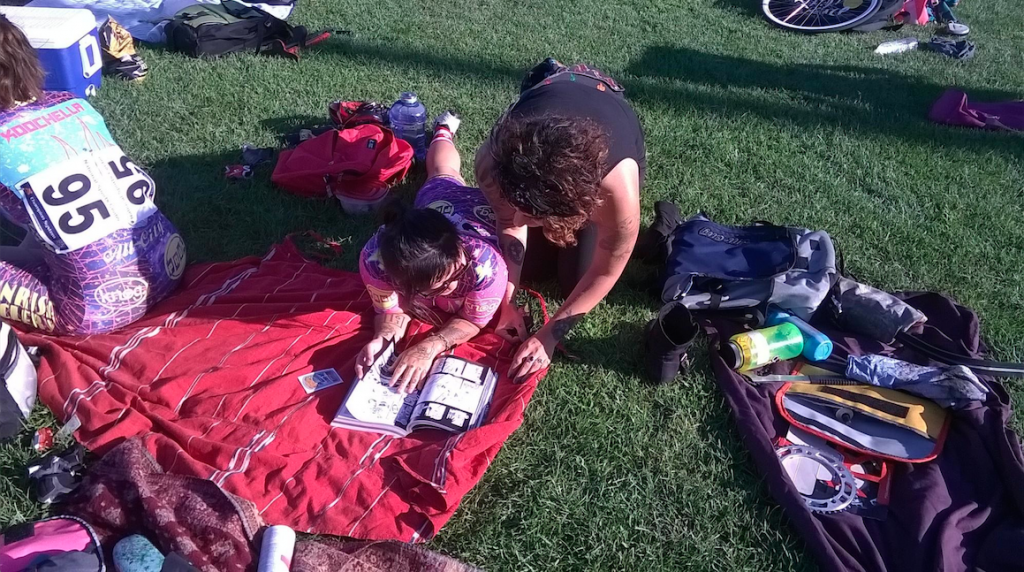 The second race of the night for the women’s A field was the always crowd-pleasing Miss n’ Out. June “Tiny Terror” Osaki used her tactical skill to last until the end and out-sprint teammate Sarah Bonneville for first place with Emily “Bullet-Heart” Wade coming in third.

Leading into the final race of the night, a 20-lap scratch race, the many of the women were vying for the final available points to boost them into the top spots for the night. While the field stayed together for much of the race, Sarah Bonneville managed to pull off on the final lap, closely followed by Renee “Dark Horse” Hoppe, taking first and second respectively followed by Crisi “The Fox” Lee. 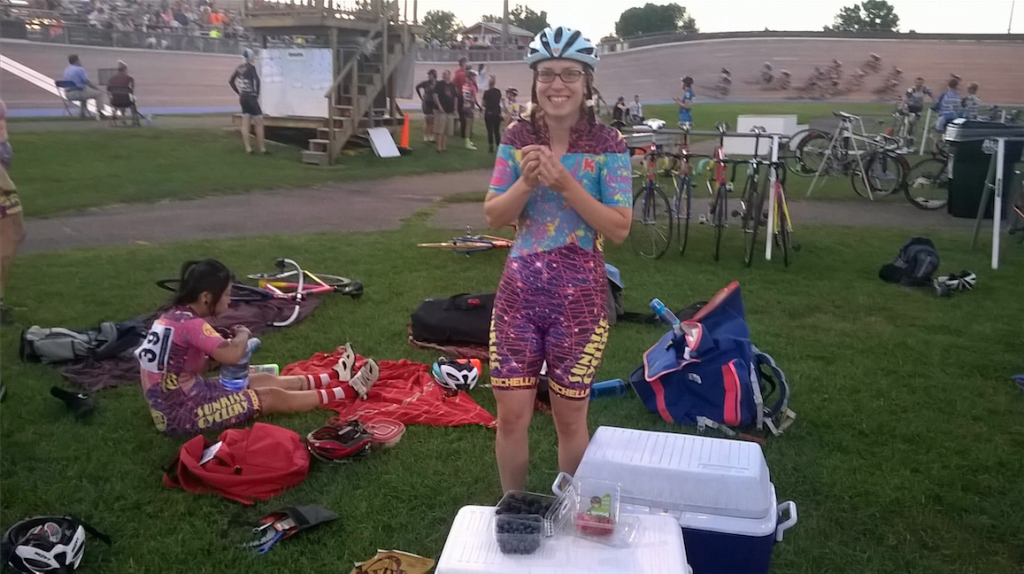 In the women’s B field, Anna “Mama Duck” Schwinn, Stephanie “Monster Mash” Aich, and Tiana “T-bits” Johnson lined up against some of the fastest women on two wheels around town. T-bits stole the show with a solid third place finish in both the Miss n’ Out and Scratch 10, while Monster Mash fell solidly mid-pack. Mama Duck finished near the back of the pack. Yet with a wave, a smile, and a cloud of charisma this proud matriarch primed herself for a self-proclaimed ‘COMEQUACK.’ 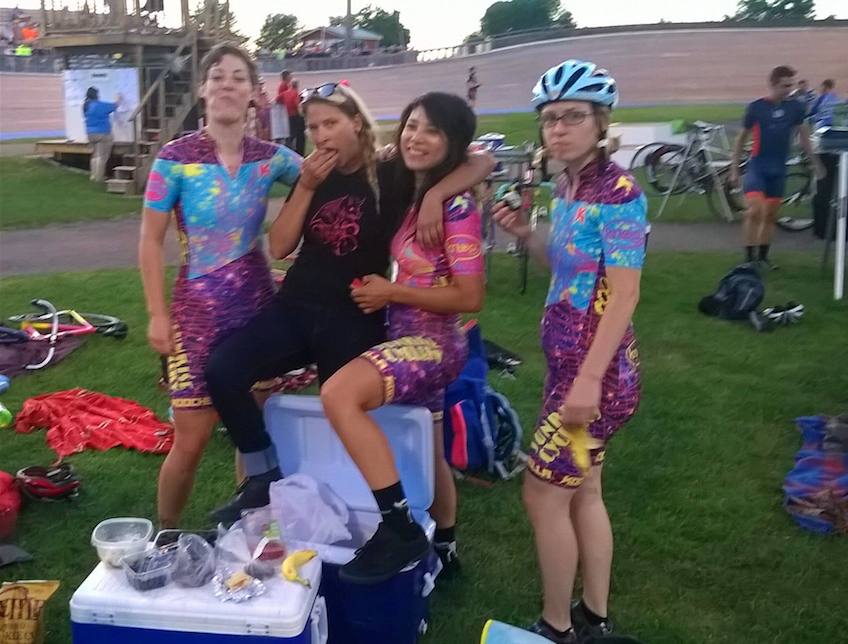 Pro heckler Lilah “Fratboy” Guertin brought her usual zest for witty verbal jabs with to our lovely wooden circle. One of our favorites? “THIS WOULD BE MORE EXCITING IF YOU WERE GOING FASTER!” Thanks, babe. We love ya.