Well-rested from a rain out the week before, the Koochella Next Generation riders stepped into the infield a force to be reckoned with. An unusual line up and state championship race had the A field on their toes. Yet they weren’t the only ones feeling the heat with a jam-packed roster that included the NSC Velodrome’s annual corporate challenge. 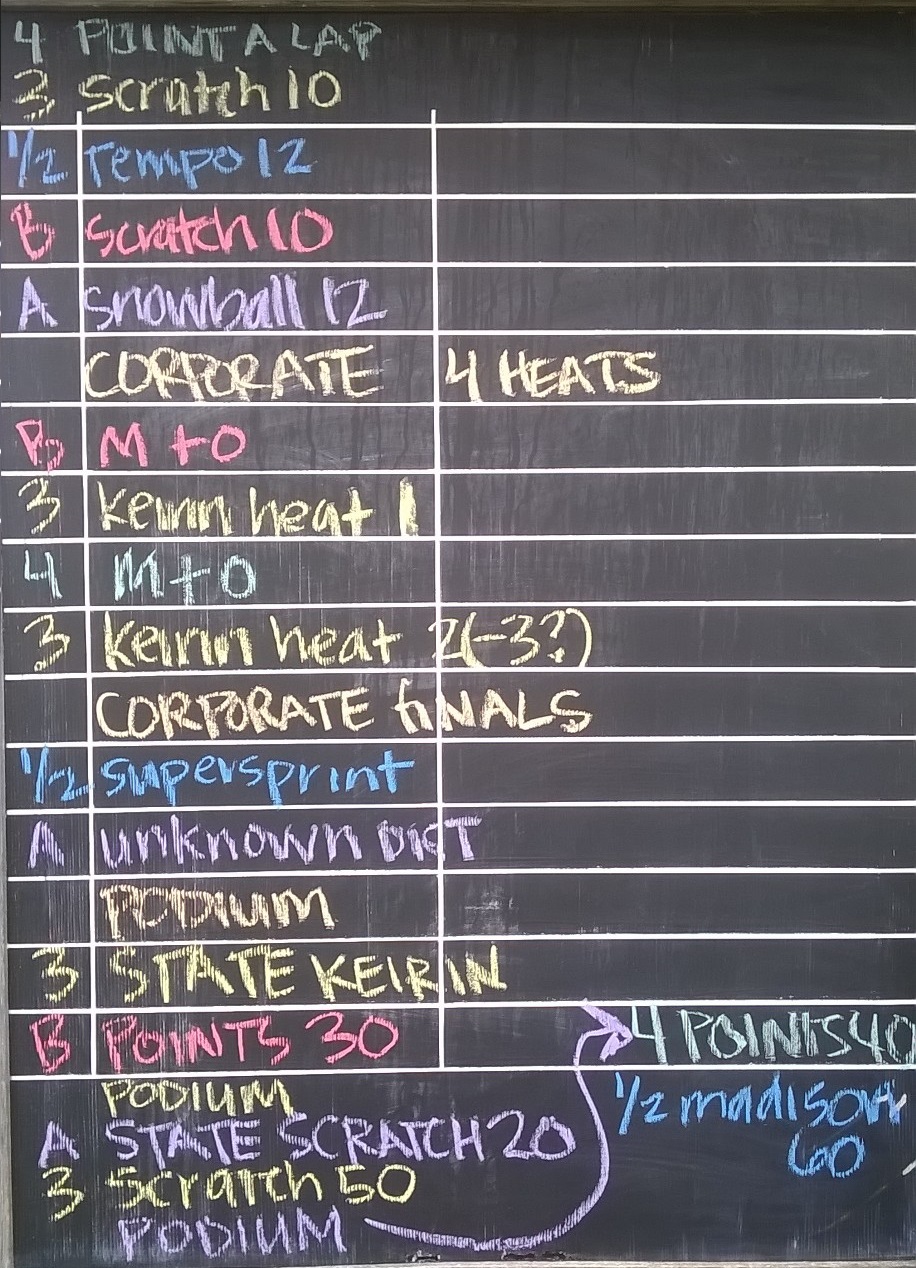 Rather than let the pressure get to them, the Koochella babes got straight to work stretching ther legs on the trainers.

In the B Field Tiana “T-Bits” Johnson continued her streak of strong performances with an impressive third place finish in the Cat 1/2/3 Miss & Out. Fresh from two Thursdays away from the velodrome, Beth “Treasure” Franklin made her presence known taking third in the Scratch 10 and finishing out the night just behind T-Bits in 6th overall. 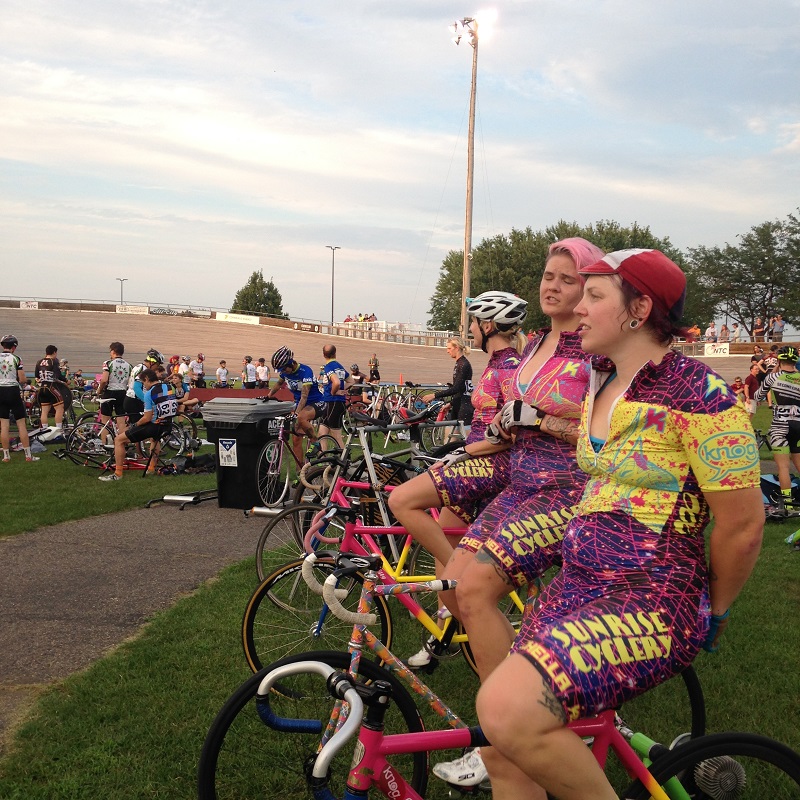 Energy was high in the Women’s A Cat 4 field. Sh!t Goose crusher Ash-slay Murray dominated the evening giving the baby ducks a run for their money.  But a first and second place finish for Sarah “Bee” Bonneville and Emily “Bullet-Heart” Wade in the Unknown Distance race made them want to shake a tail feather.

Lilah “Fratboy” Guertin rounded out her night by racing in the Men’s Cat 4 Miss & Out. By the time she left the infield, Fratboy earned her Cat 3 upgrade staging a stylish comeback after a few weeks out of the saddle. 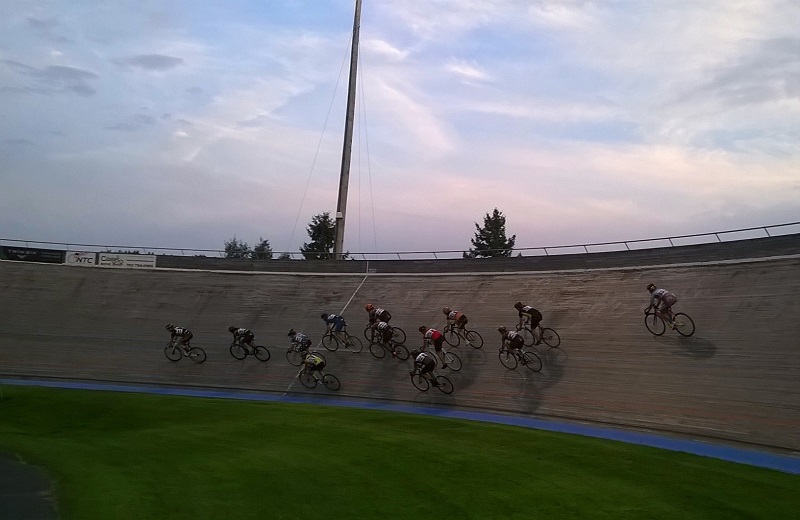 But the women saved the best for last. The final race of the night was the A’s State Championship 20 lap scratch race. Ash-slay Murray earned the gold with a break-out attack that set her several meters ahead of the field. After a hard-fought race filled with clever tactics and close quarters Renee “Dark Horse” Hoppe and Rachel “Lazer” Zaidman came across the finish line in 2nd and 3rd, respectively, with Sarah Bonneville right behind them. 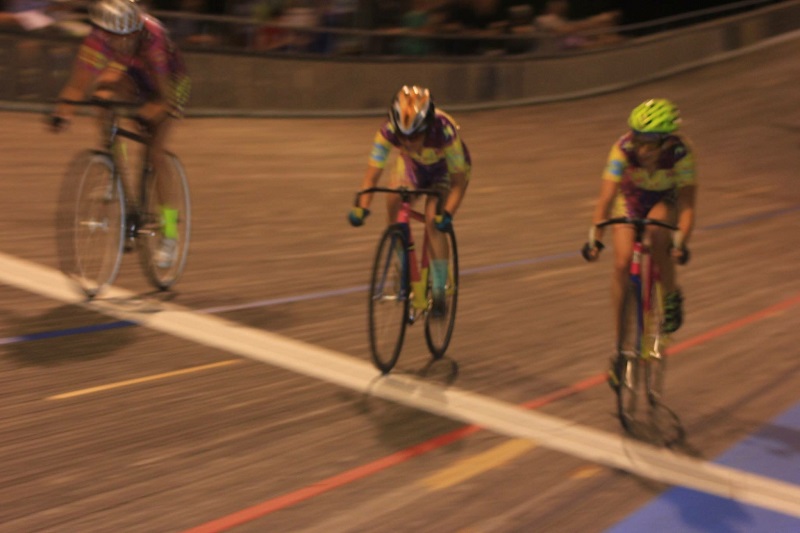 For Renee and Rachel, their results were a long-awaited symbol of their hard work and friendship. Earning a place on the podium was particularly sweet for Lazer who was racing her last night with her teammates at the NSC Velodrome before moving to Portland to pursue a Master’s degree and take the cycling scene by storm. 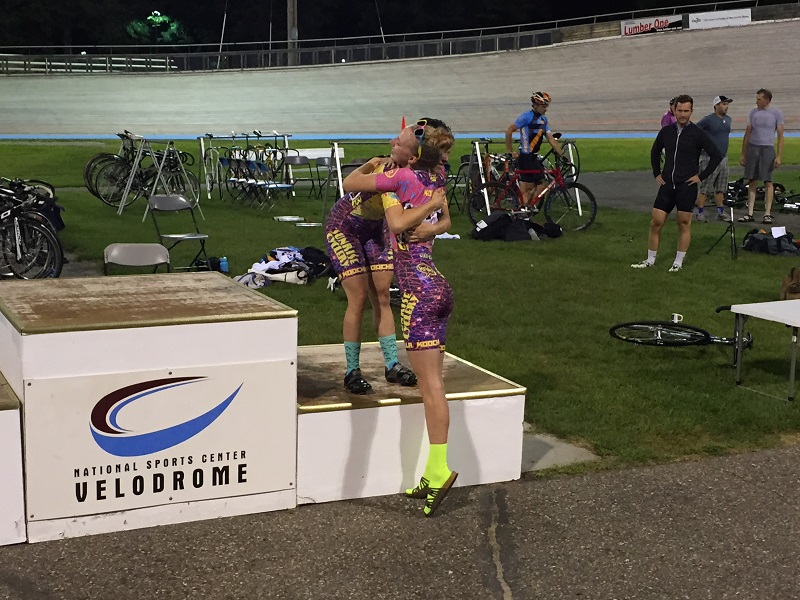 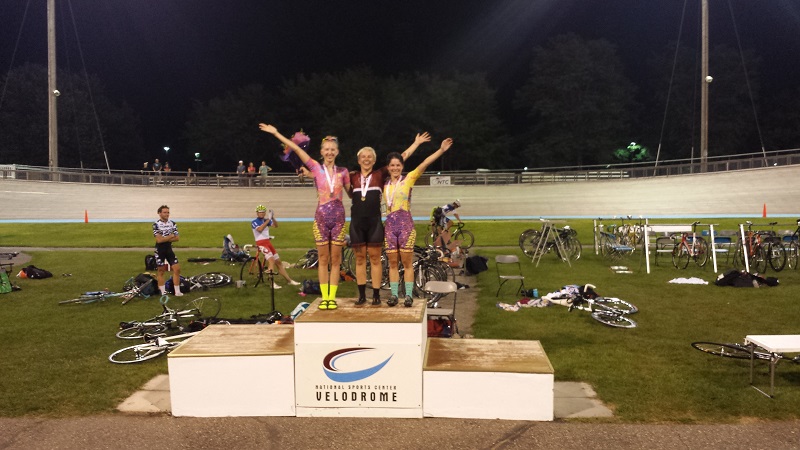 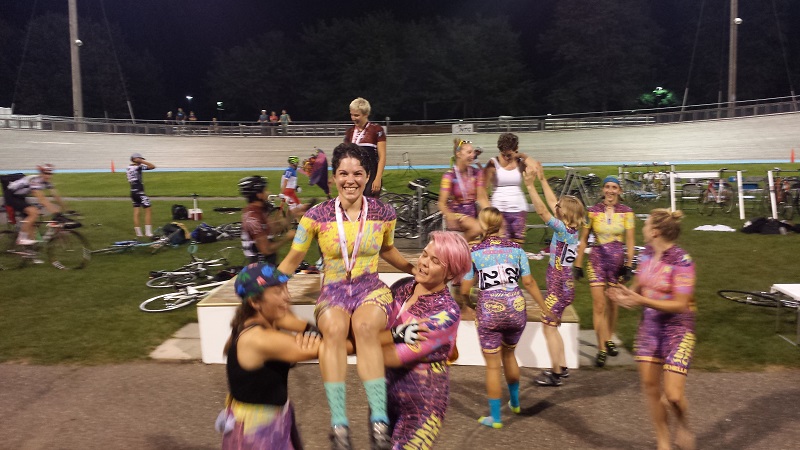 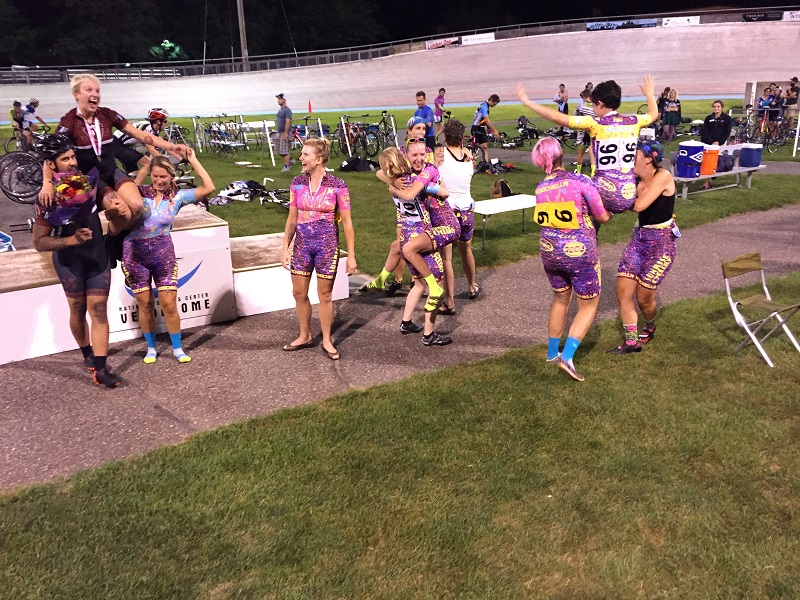 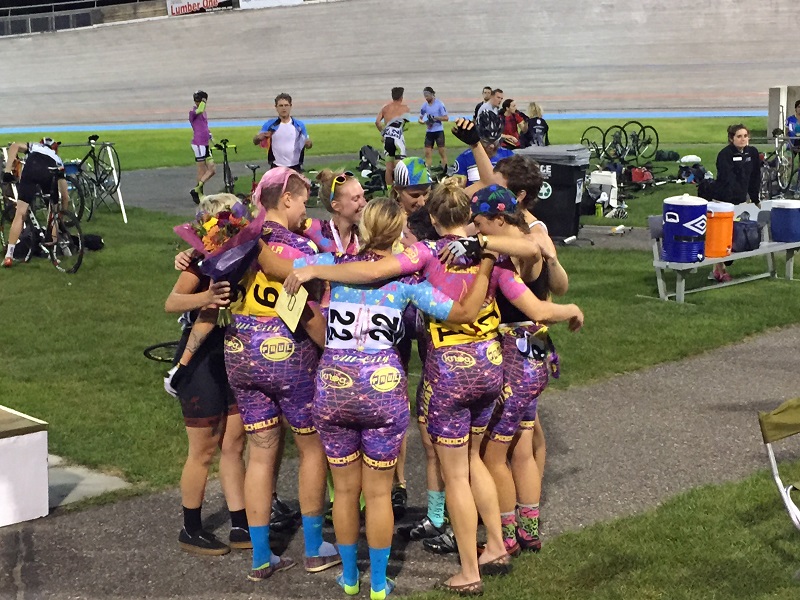 Like most race nights, the evening ended with toothy grins and a group hug. There were even a few tears as the babes closed out their last night on the track with Rachel and plotted road trips to the Pacific Northwest. Fortunately Koochella’s training includes mastering texting, Facebook, and telepathy, so staying in touch will be a breeze. And with her new one-of-a-kind Koochella punk vest, Lazer will be able to feel the warmth of a team huddle from anywhere in the world. 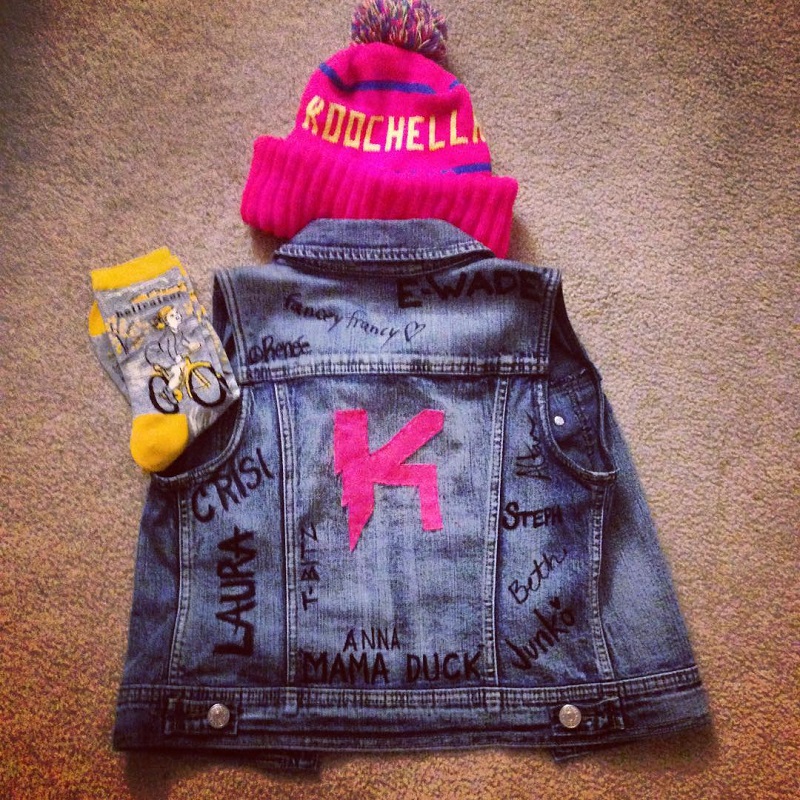