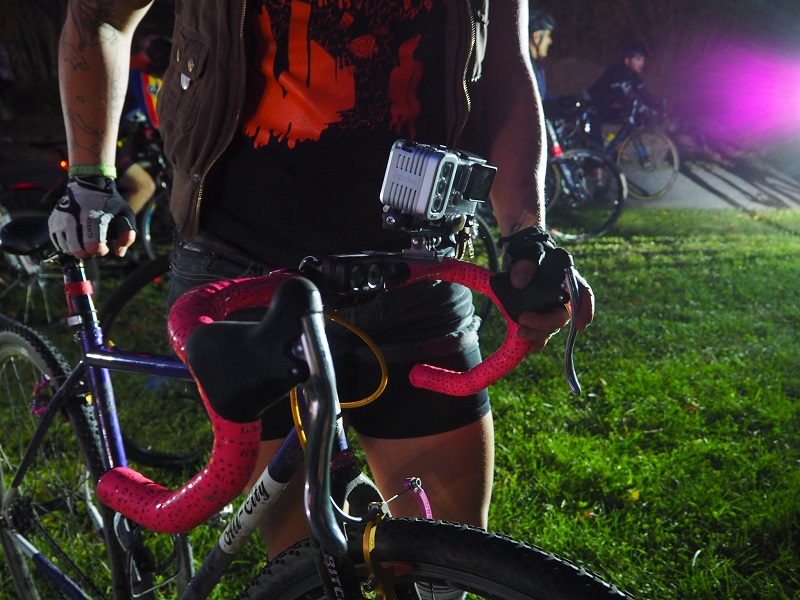 With new gear from Knog and Paul Component Engineering Koochella racers needed a setting to put the Qudos Action Video Light and MiniMoto break to the test. While local sanctioned and unsanctioned races challenged the Koochella babes’ skills, the team needed just the right combination of dirt, friends, and darkness to make conditions perfect. Naturally they decided to throw a race of their own – Koochella style. 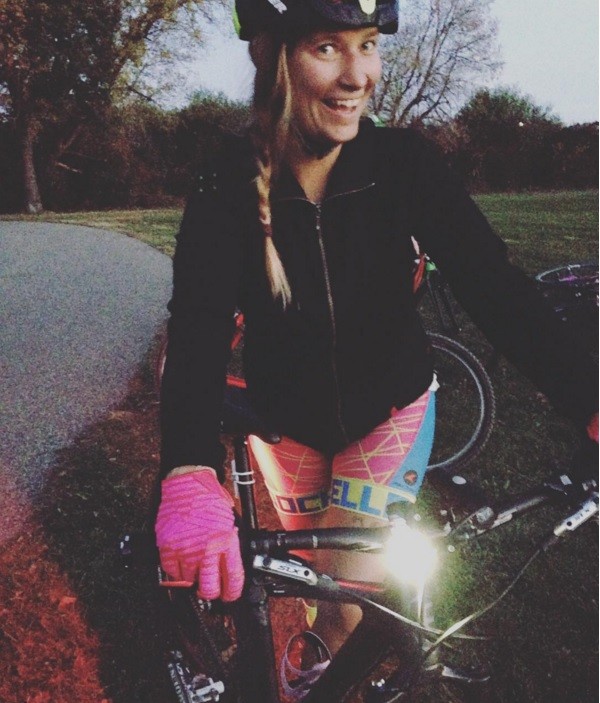 On race night Koochella Queen of Fun Lilah “Fratboy” Guertin began the quick work of setting up a rogue course through the urban landscape. Armed with a handful of Knog blinders, Guertin joined teammates Renee and Emily in lighting the most technical parts of the course so racers could clearly spot obstacles after darkness fell.

Meanwhile, a slew of riders streamed across the pedestrian bridge into Bryn Mawr Park.  Cross celebrity and Koochella Classic award winner Lee Penn made sure to arrive with plenty of time to get to know the course. 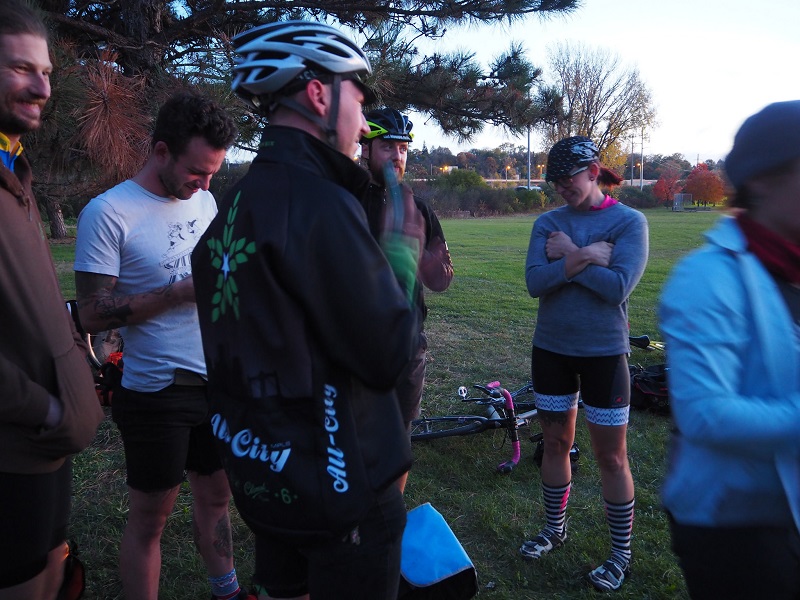 By dusk dozens of local crushers congregated in Bryn Mawr. The Hub Cycling Team’s Holly Windschitl came hot off the Green Acres CX podium sporting one of the raddest kits around. 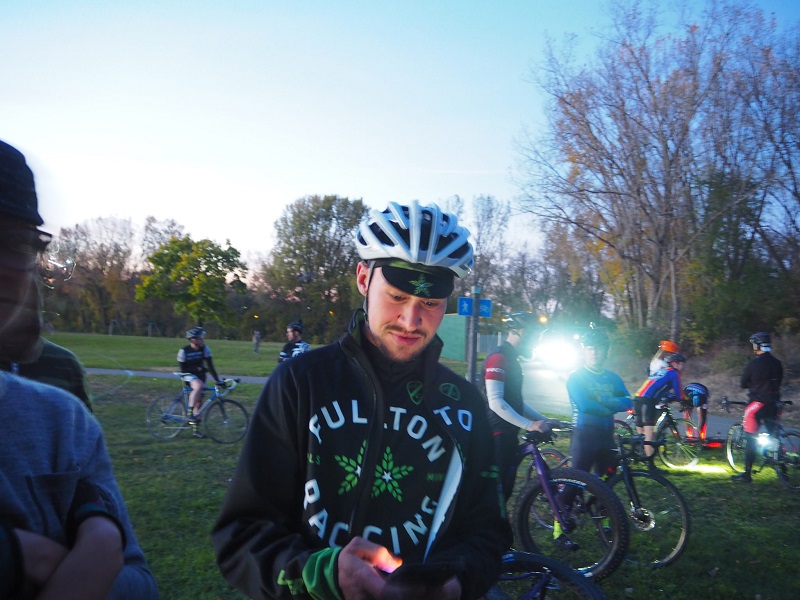 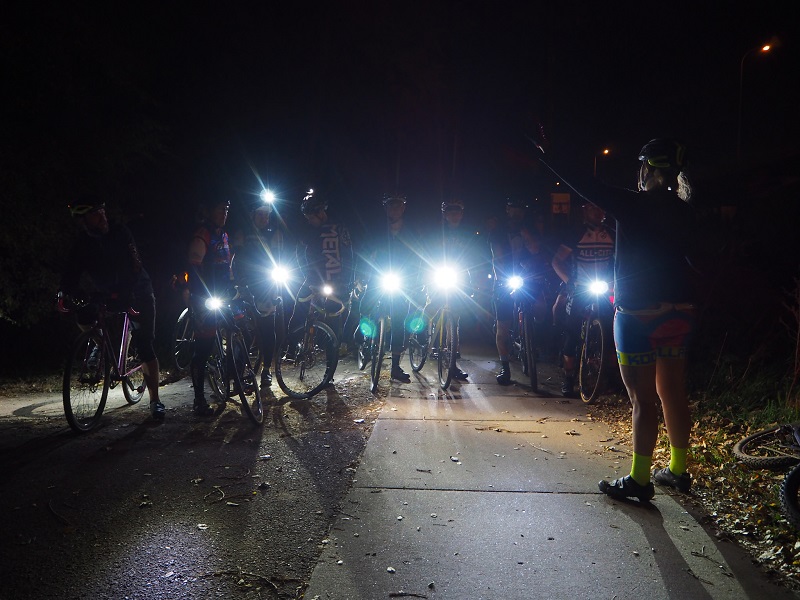 Once every Knog light, glowing pink cone, and scrap of course tape was in place, Lilah led the racers to the far side of the pedestrian bridge connecting the Cedar Lake Trail to the park. After a neutral lap for riders to get to know the course, Fratboy broke out her best heckling voice and set them off on a six lap tear.

The course started with a sprint up a dizzying ramp to the pedestrian bridge and a matching descent on the other side. From there racers maneuvered through a tight, wooded single track dotted with fallen trees lit by Knog. Winding out of the woods the course hooked left under the pedestrian bridge into a construction zone where racers navigated building materials strategically placed as barriers. 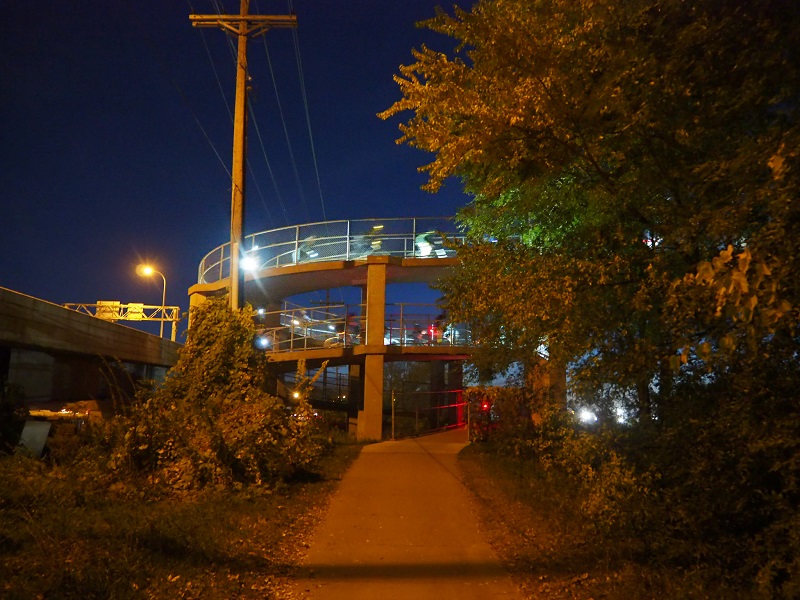 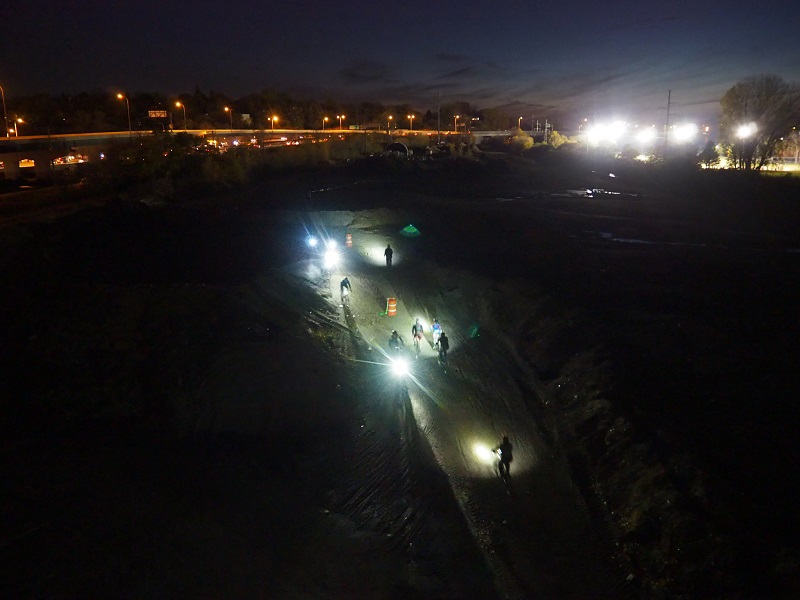 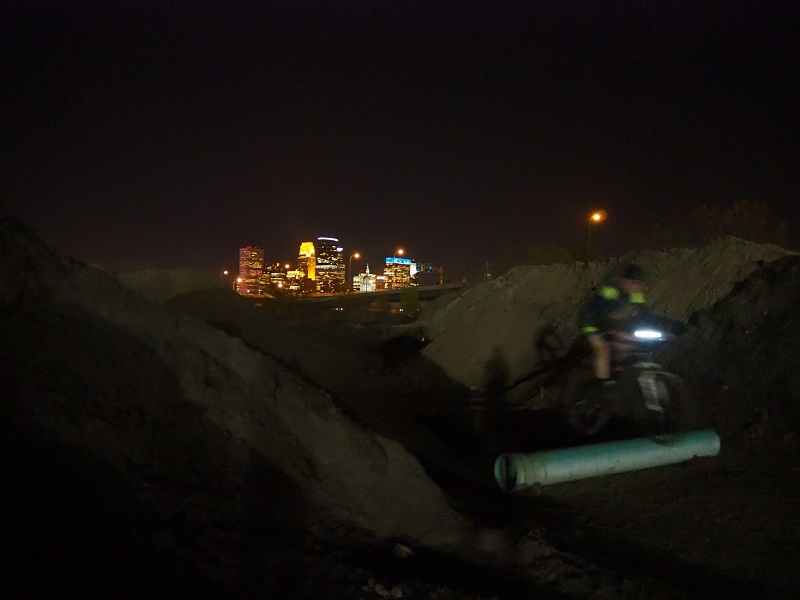 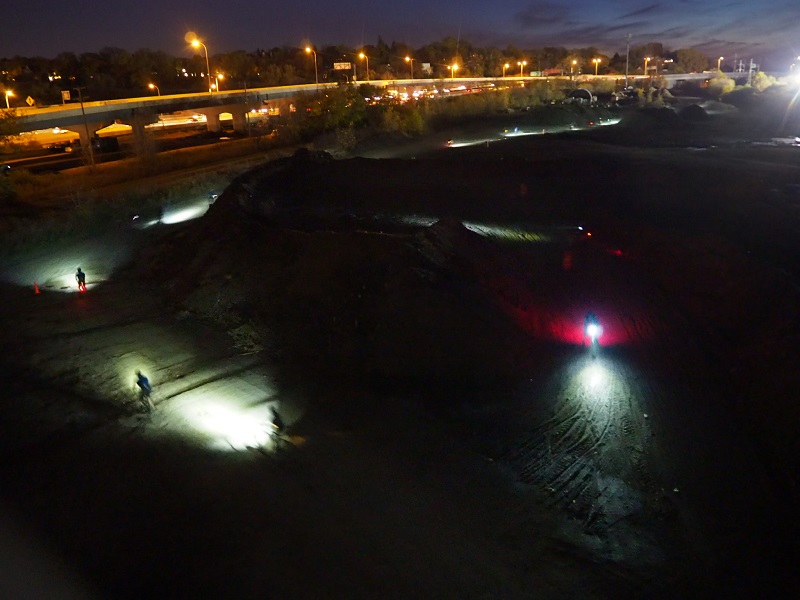 After shouldering their bikes across railroad tracks under a pitch black overpass, racers blasted through a gnarly straight away atop a torn up asphalt trail. At the trail’s end riders sprinted back into the woods forming a figure eight with their competitors rounding the bend. 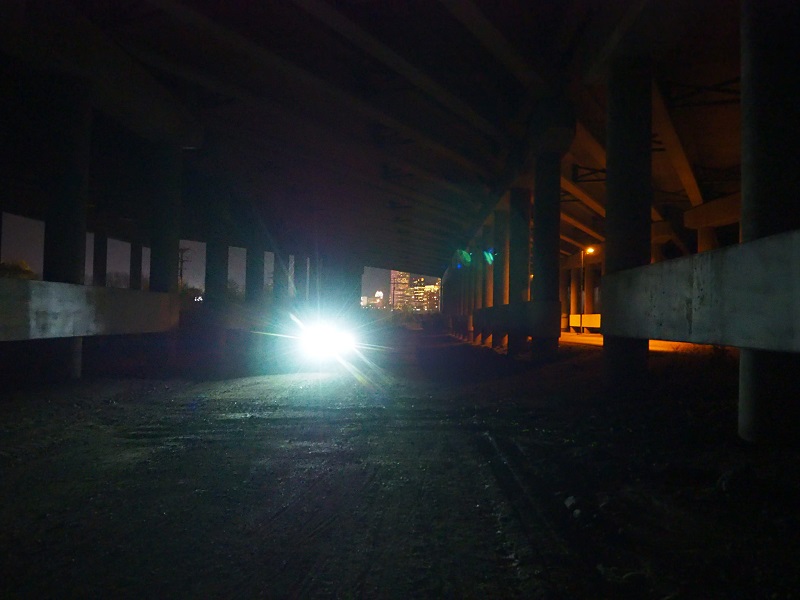 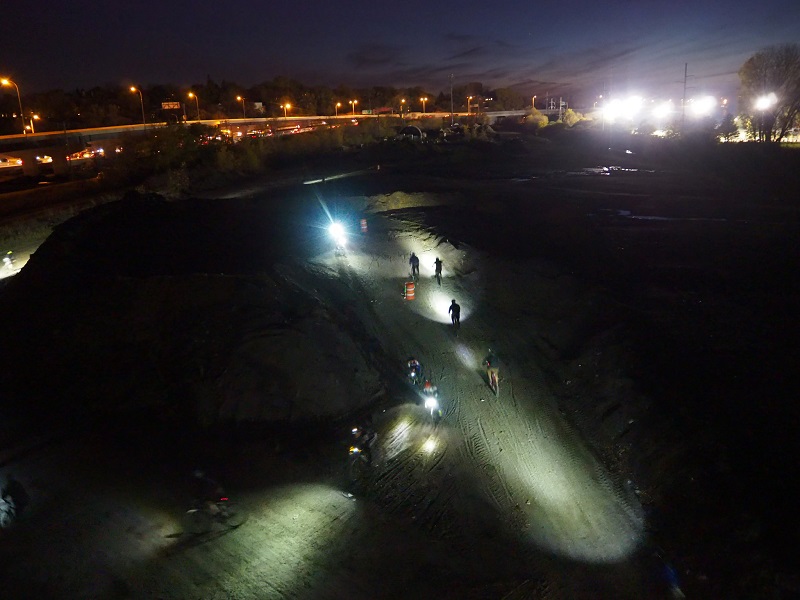 By the end of six fast laps through Lilah’s dirt dream several racers found themselves pulling tools out of their bags to tend to their bikes’ wounds. 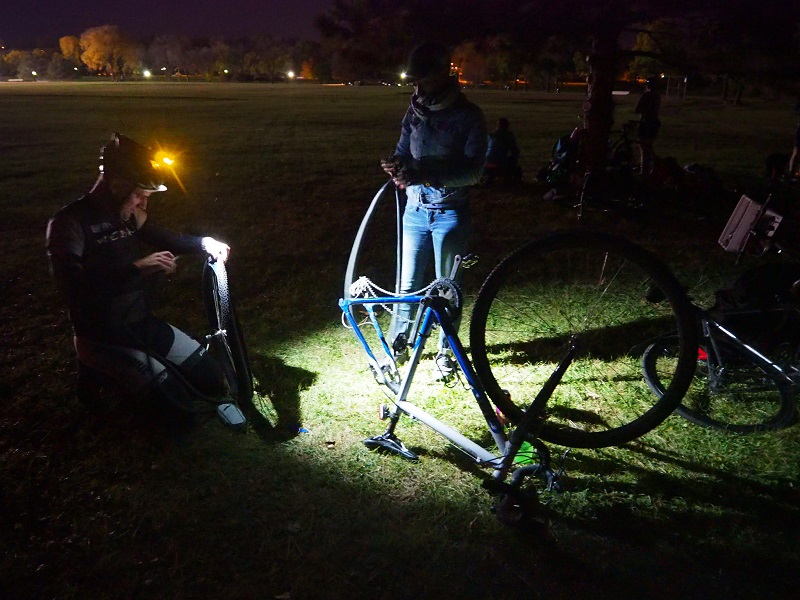 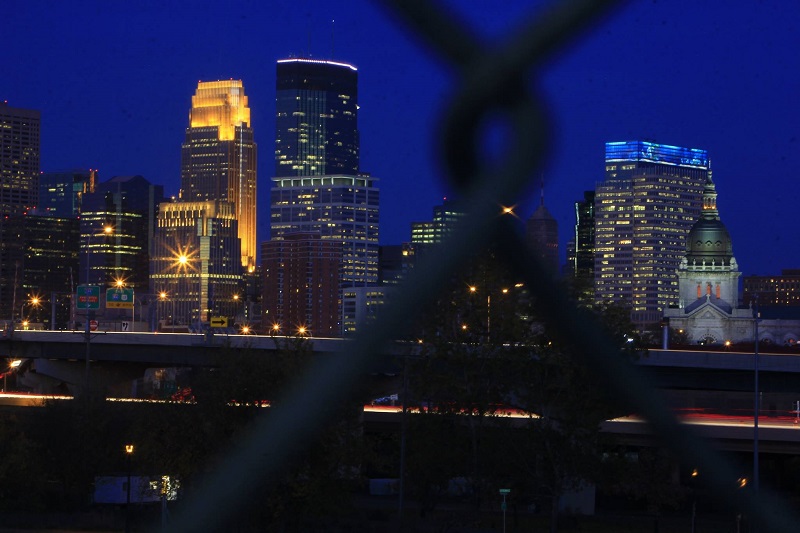 A few flat fixes later the crew corkscrewed their way back over the pedestrian bridge, hopped on the Cedar Lake Trail, and descended upon Sisyphus Brewing for local beer as dynamic as Fratboy’s course. 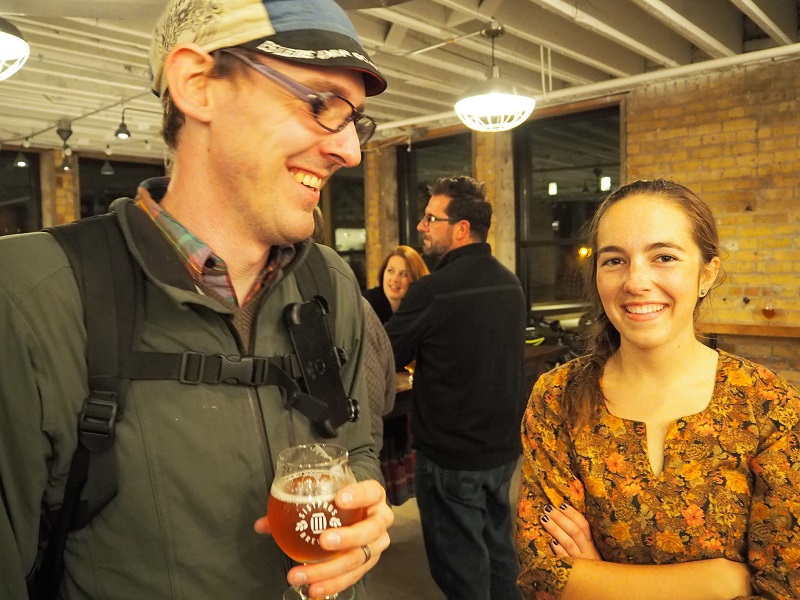 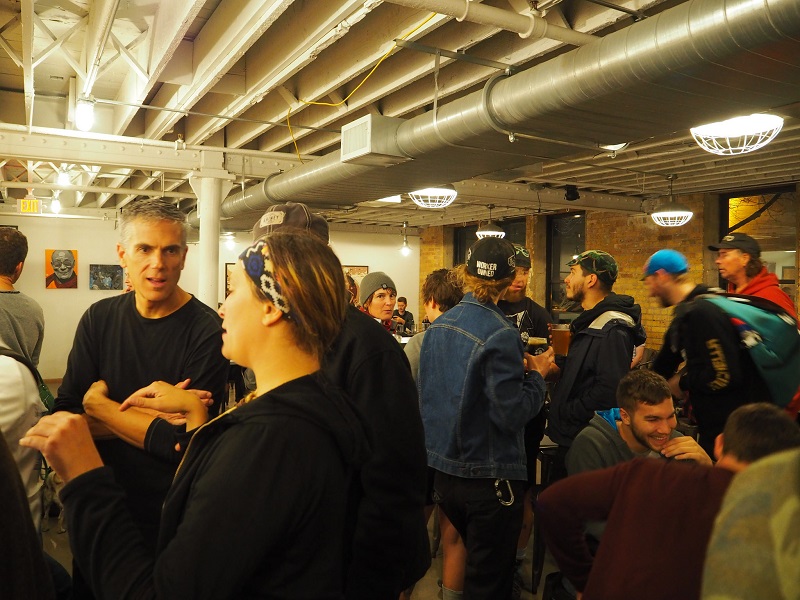 At Sisyphus the Koochella babes turned to the very serious business of reeling new women into the local sanctioned race scene. And learning to hard style like a pro.