This past weekend 6 Koochella women made the trek out to St. Cloud, MN for Metal Cross. On day 1 Beth “Treasure” Franklin, Renee “Dark Horse” Hoppe, France “Fancy” Barbeau, and Anna “Mama Duck” Schwinn all took to the course for the Women’s 3/4 race where Franklin ultimately raced to an impressive 2nd place finish. 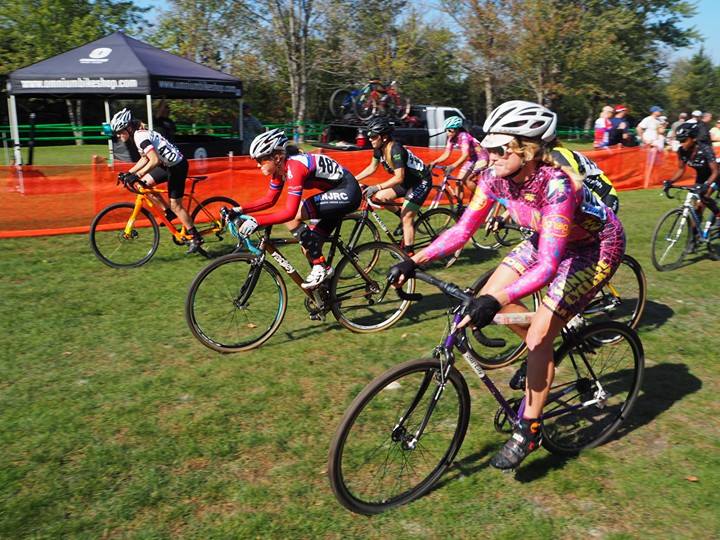 I got a good start…got in the breakaway with the ultimate winner, Jenna Westlake & Emily Nordahl, who eventually took 3rd place. As one of the only single-speeders out there, I knew I needed to hold onto their wheels so I could keep that lead — praying my lungs would outlast the ladies behind me & get me a spot on the podium.

Well – Jenna took off fast and didn’t look back (she later told me she had enough of a lead to help carry one of the little junior’s bike up the stairs!) … but there was an exciting game of leap-frog between Emily & I the entire race. Thankfully, I was quicker through the sand & able to bunny-hop a log to make up the time I lost in the climbs each lap.

My favorite part was when her teammate yelled, “don’t let her beat you – she’s on a single speed!” In my head I was like, “damn right this single speed is going to beat you.” And we (my bike & I) did it! Took 2nd place in that race – overtook Emily at that log on the last lap & kept telling my lungs that in about 2 minutes, they’d be able to recover & hustled to the finish line. Took 2nd place w/ about 8 seconds to spare! -Franklin 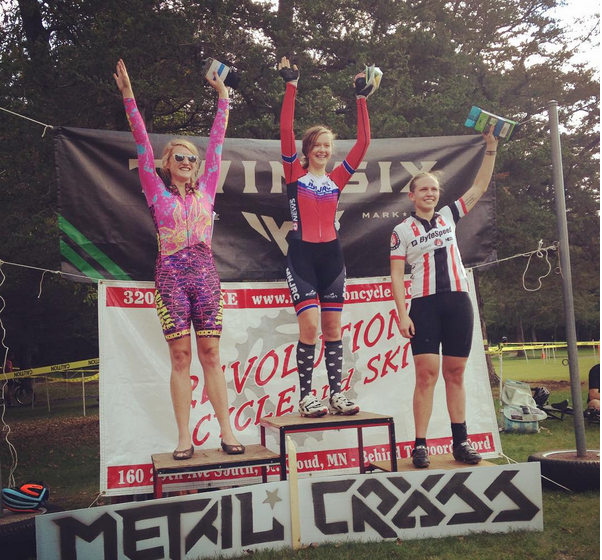 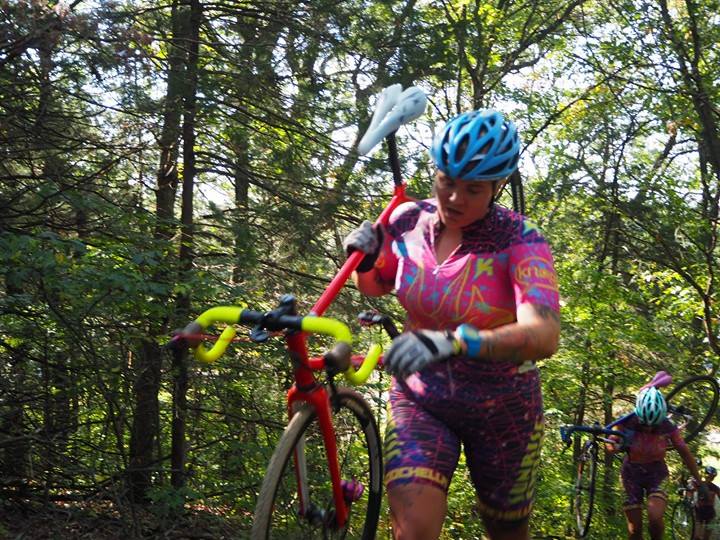 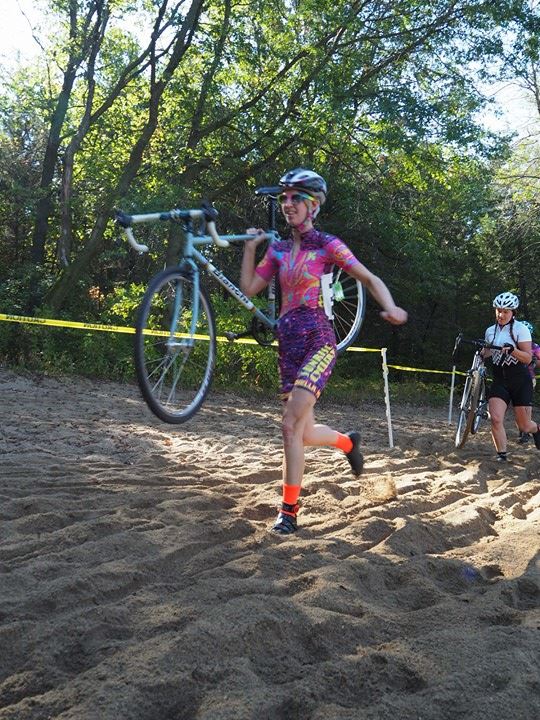 On day 2, Hoppe, and Emily “Eagle Screech” Wade represented Koochella in the Women’s 3/4 race. For both Hoppe and Wade, Metal Cross provided them with their first sanctioned cyclocross race experience. 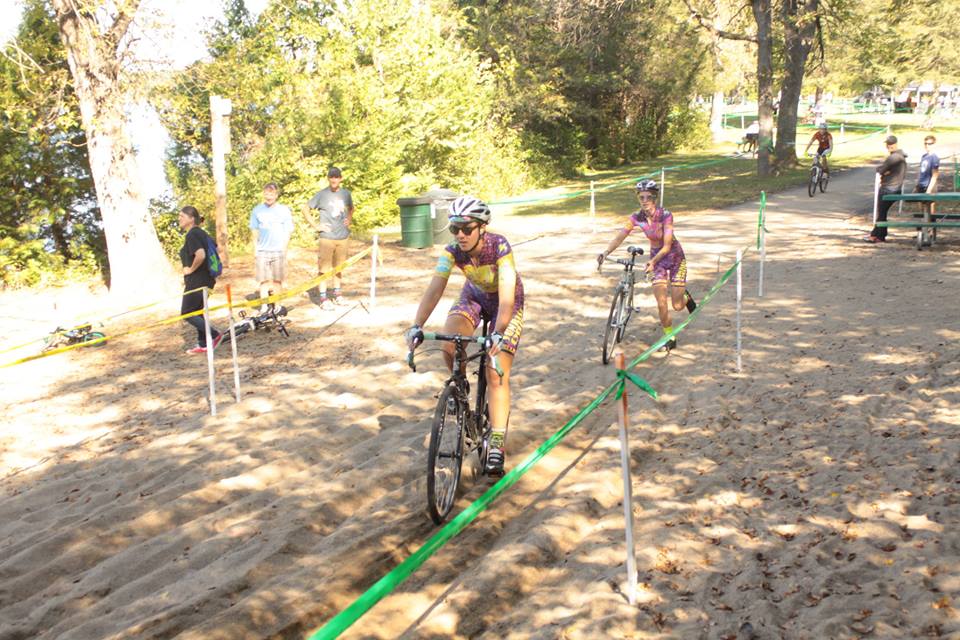 I definitely felt a lot more comfortable on the second day of racing. I pushed myself and tried to ride through as much of the sand as I could, switched to a smaller gear so I could power up the hills, and remounted after the hurdles a lot faster than the day before. I’m excited for the rest of the season! -Hoppe 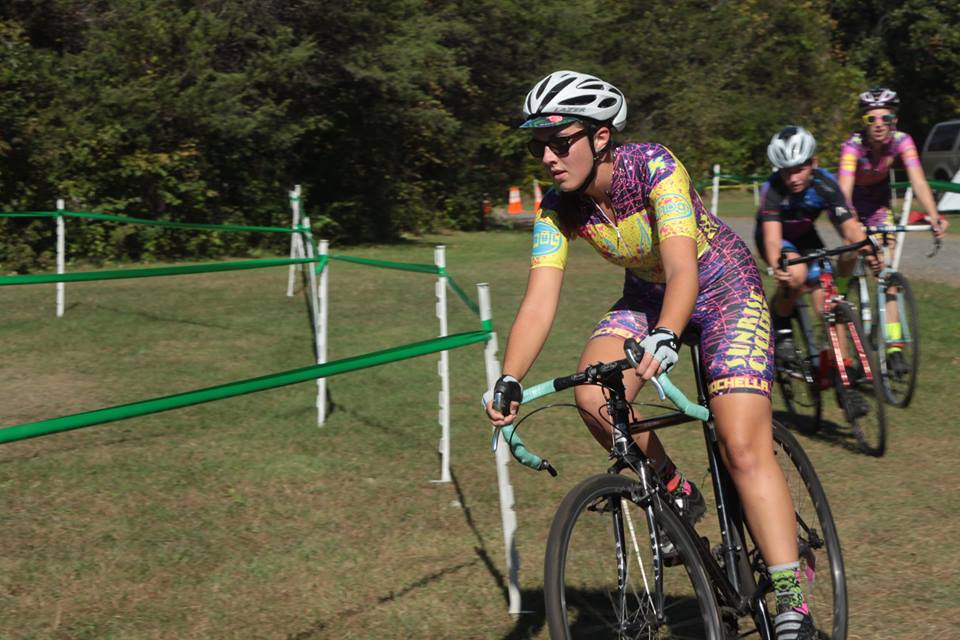 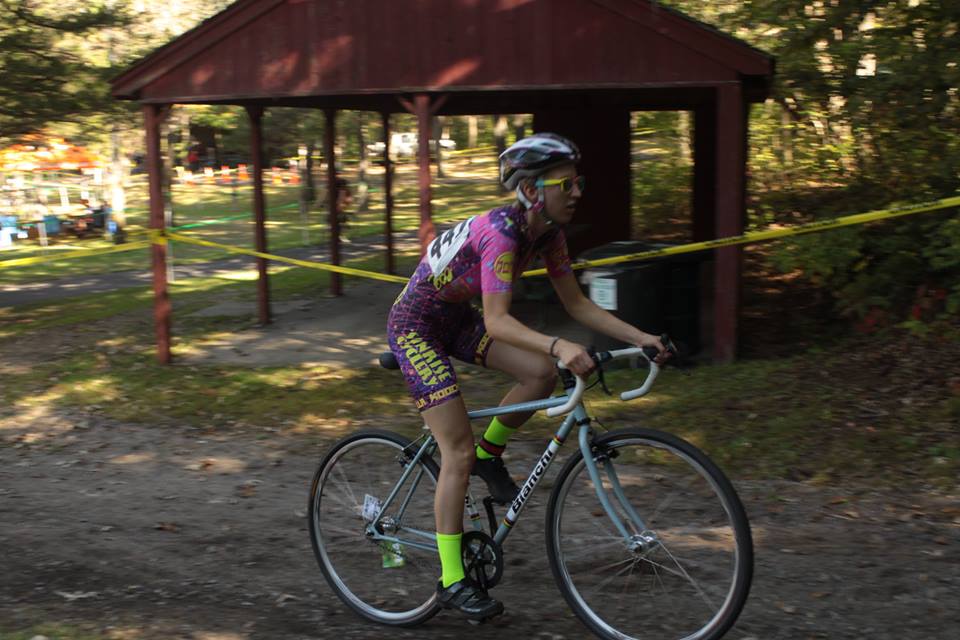 Tiana “T-Bits” Johnson took the big leap and moved up to a category 3 ranking this season. This didn’t stop her from fighting her way through the sand and running up the stairs more times than she could count, putting her in 4th place on day 1 and 2nd place on day 2. 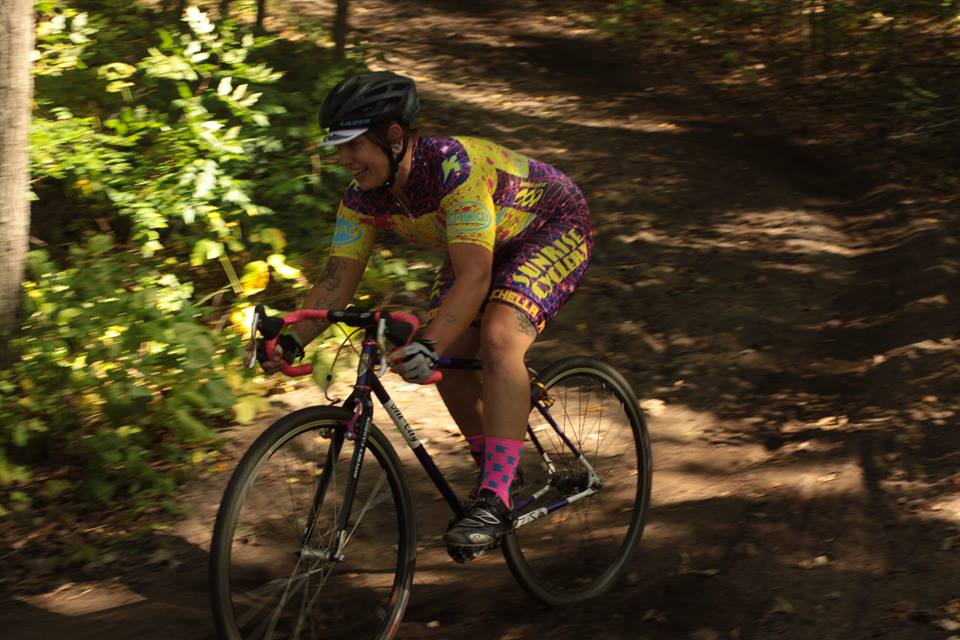 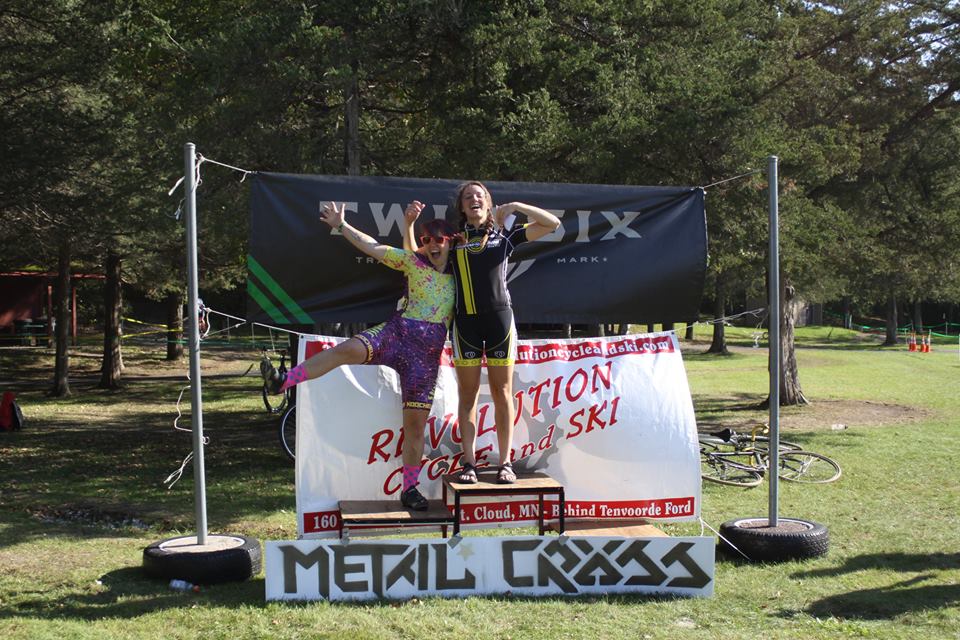 Of all the Koochella riders who participated in Metal Cross, it’s safe to say that for Steph “Monster Mash” Aich, results and times mattered more than ever.

Metal Cross was one of my first races as a judge in cyclocross! The other officials were great to work with and eager to help me learn the ropes. It was a very positive experience and I look forward to participating in cyclocross as an official rather than a racer. -Aich 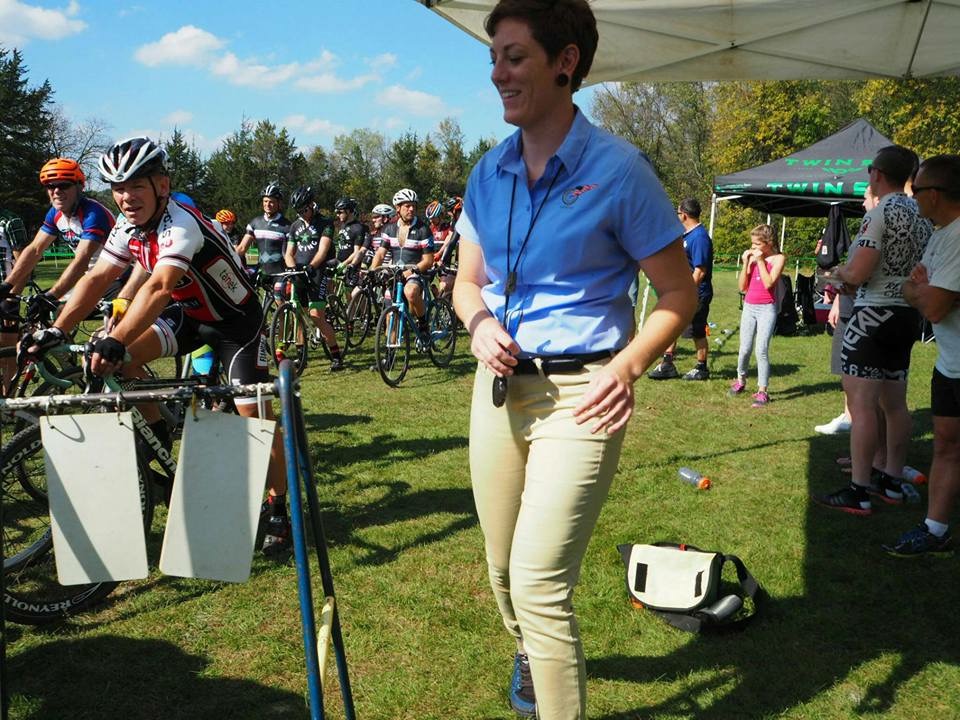