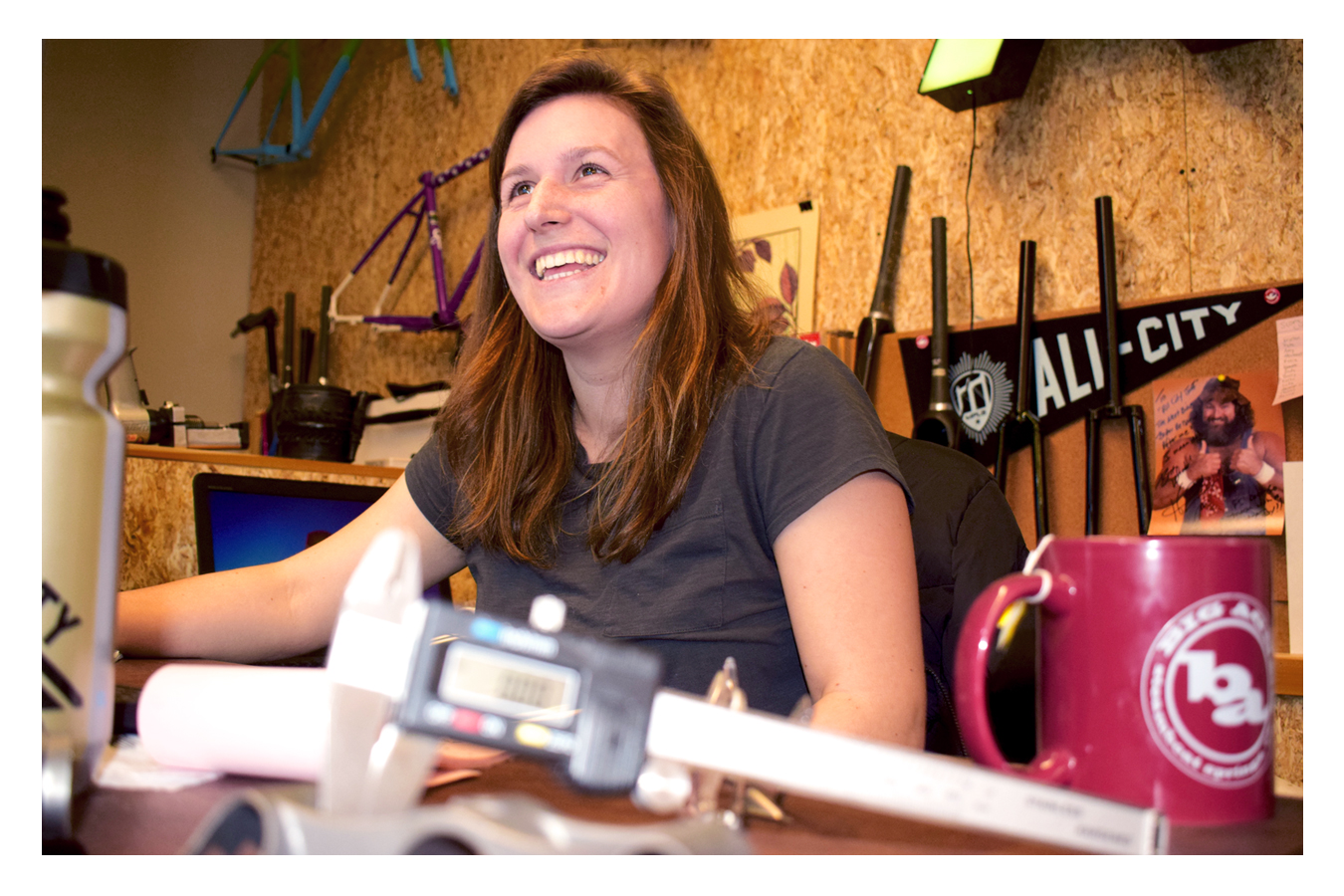 I first met Jenny during QBP’s annual intern bikepacking trip (Jenny was an engineering intern). Her can-do attitude and general stoke factor was immediately evident as she stuffed (at least) two cases of beer into the back of her cargo bike for the 40-ish mile round trip journey. Yeah, no big deal. Also, it was like 95 degrees out that day.

Anyways, All-City wisely hired her shortly after the internship ended, and she’s been making magic for them ever since. 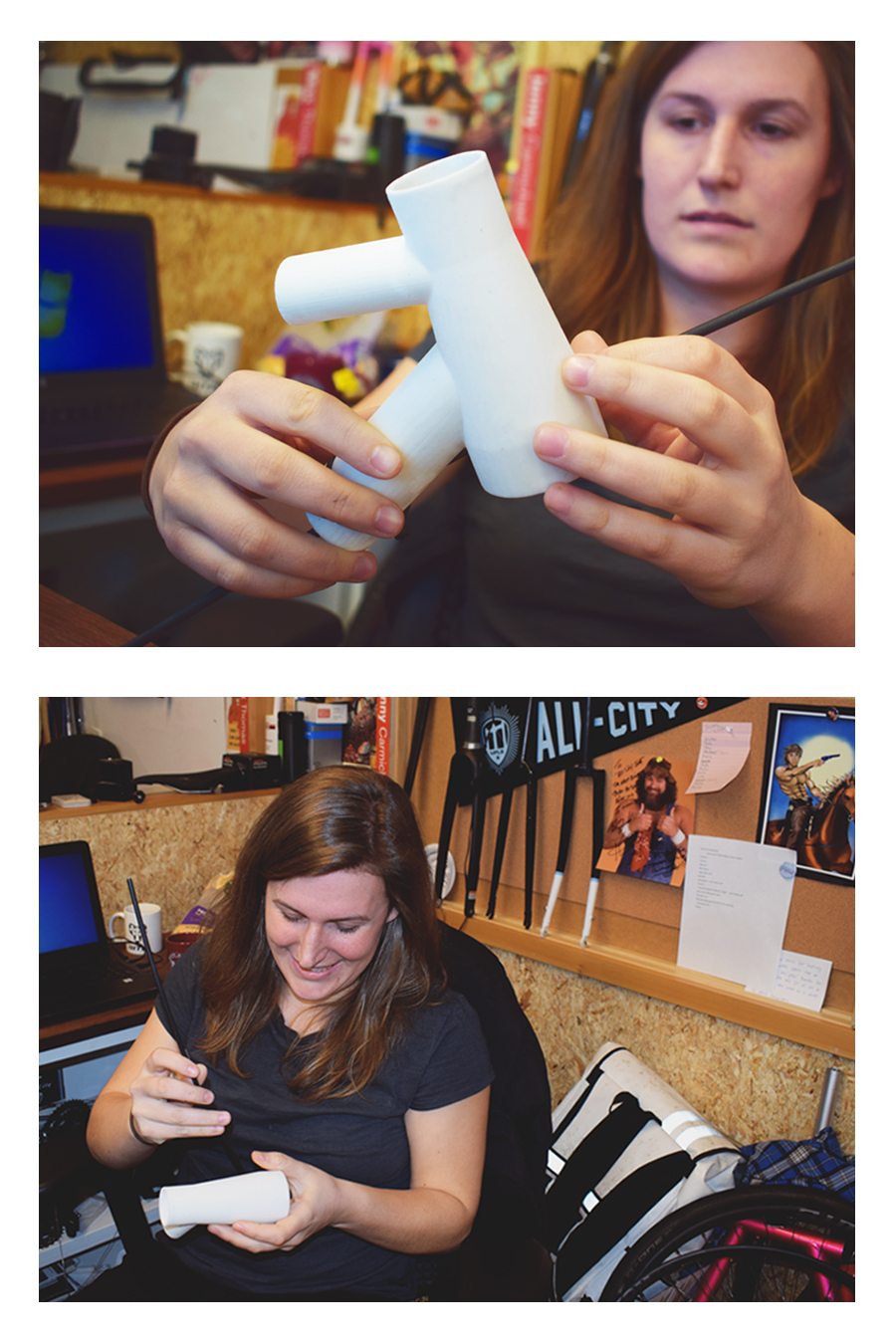 When did your interest in bikes begin?

I was running a lot in high school, and decided that I wanted to do a triathlon. I didn’t have a bike so I bought this World Sport from a garage sale and made it my summer project to tear it apart and clean it and then put it together. It went really terribly because I had no idea what I was doing and no guidance, but it was really fun and I wanted to learn how to do it properly. I got a job at a shop through MSU’s triathlon club and started riding and working with bikes more seriously.

Commuting is what I do most, just because I have to go places, like work, every day. I race cyclocross and I have dabbled in gravel, but I think riding mountain bikes with my friends is my favorite bike style. That includes bike packing trips, which I’m hoping to do more of this year. 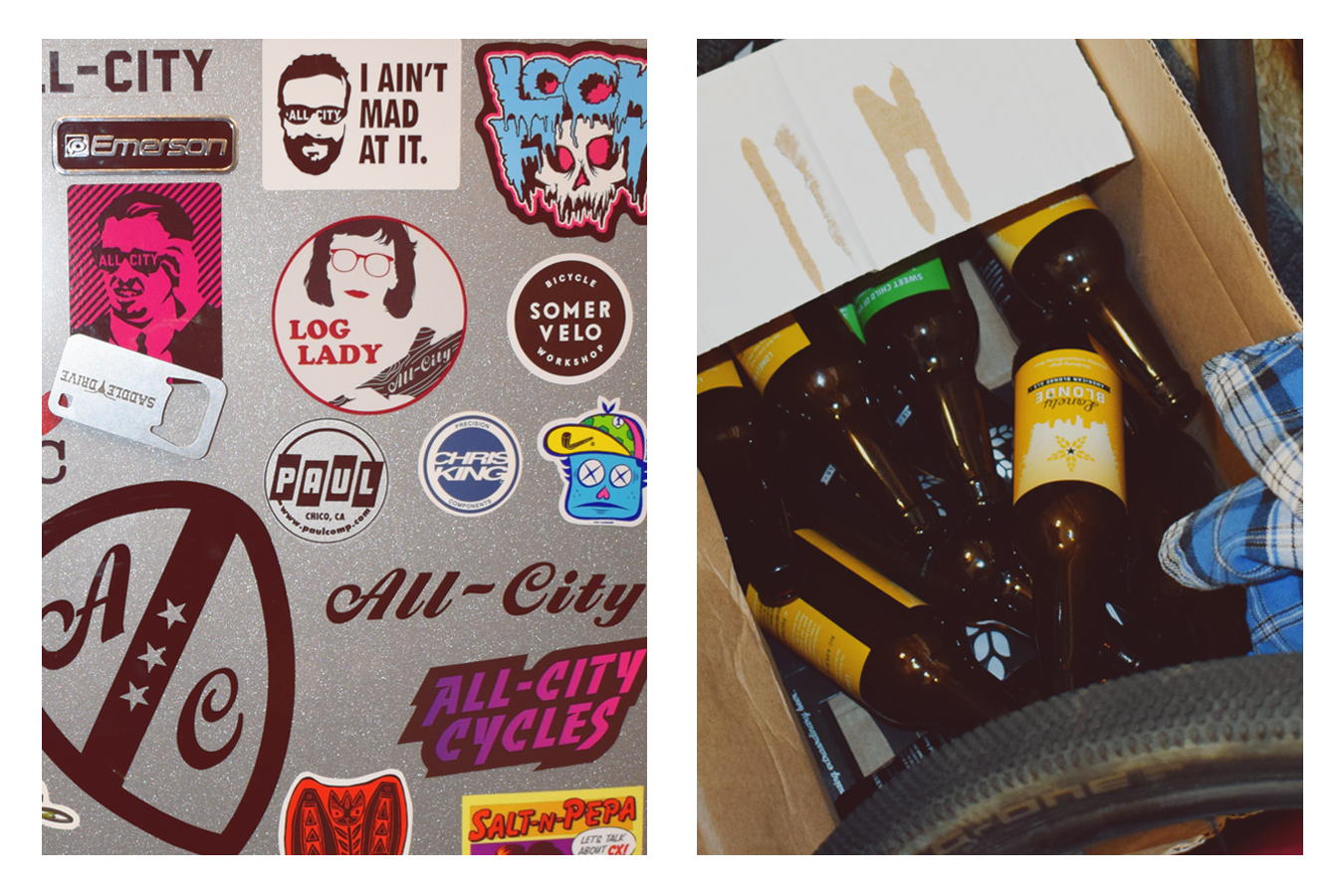 Up until halfway through my sophomore year of college, my major was philosophy. I was also working at a shop, and having a lot of fun learning how to fix bikes. There was a ton I wanted to learn though, and the shop mostly serviced bikes for college kids, so the technology was pretty unimpressive. One of my friends at the shop was doing mechanical engineering, and had done internships with Trek. When I heard about the things he was doing there I wanted that internship, so I started engineering as a second major. I have always liked making and fixing things way more than reading and writing, so it felt more natural, and I went that route.

How’d you get your start in the bike industry?

I got connected through that bike shop, MSU Bikes. I worked in the front room, which was the shop area, and all the repairs were done in the back. It was really small, and most of our customers were students on tight budgets, so I always tried to fix their stuff without having to check it in and have them pay for the repairs. Our head mechanic was also really cool and would teach me how to service high end stuff, which I was a lot more interested in. Learning how to wrench got me a long way, and I think it was a foot in the door when I went to apply for the Trek internship. 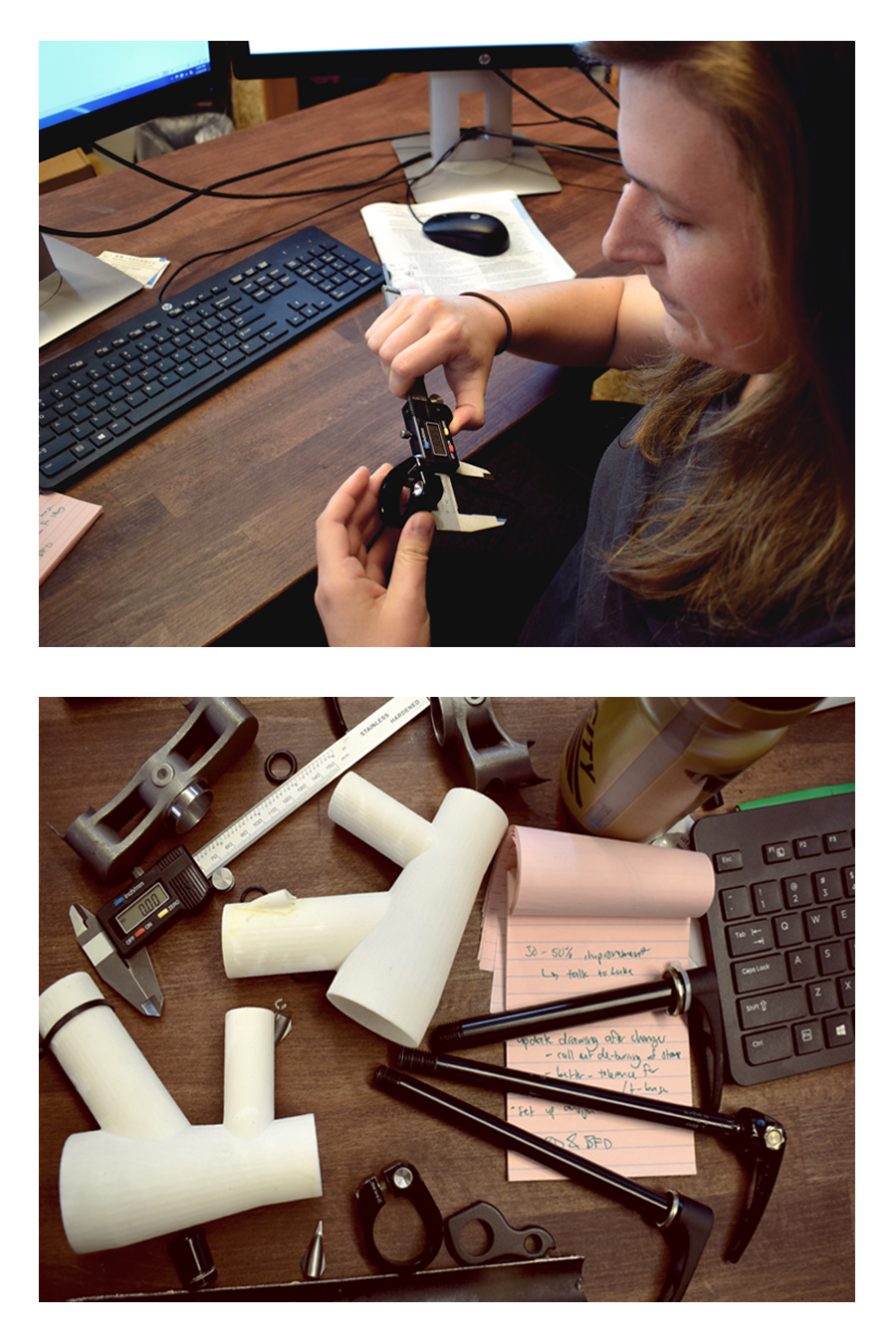 What advice would you give to other femme/trans/women (FTW) folks who want to work in the bike industry, but don’t know where to start?

I would say learn as much as you possibly can, and just start tearing into things. The bike industry is definitely intimidating when you’re new, because there is so much to take in, and it seems like everyone else is already in the know. But in my experience people respect when you want to fix your own stuff, and if you want to learn how to do something there will definitely be someone who will teach you. And don’t doubt your abilities just because others have been conditioned to seem more confident. That took me a long time to learn.

Can you tell us about any exciting projects you’re working on right now or are they all top secret?

I think they are mostly top secret, but I can say that I am working on things that are pretty. 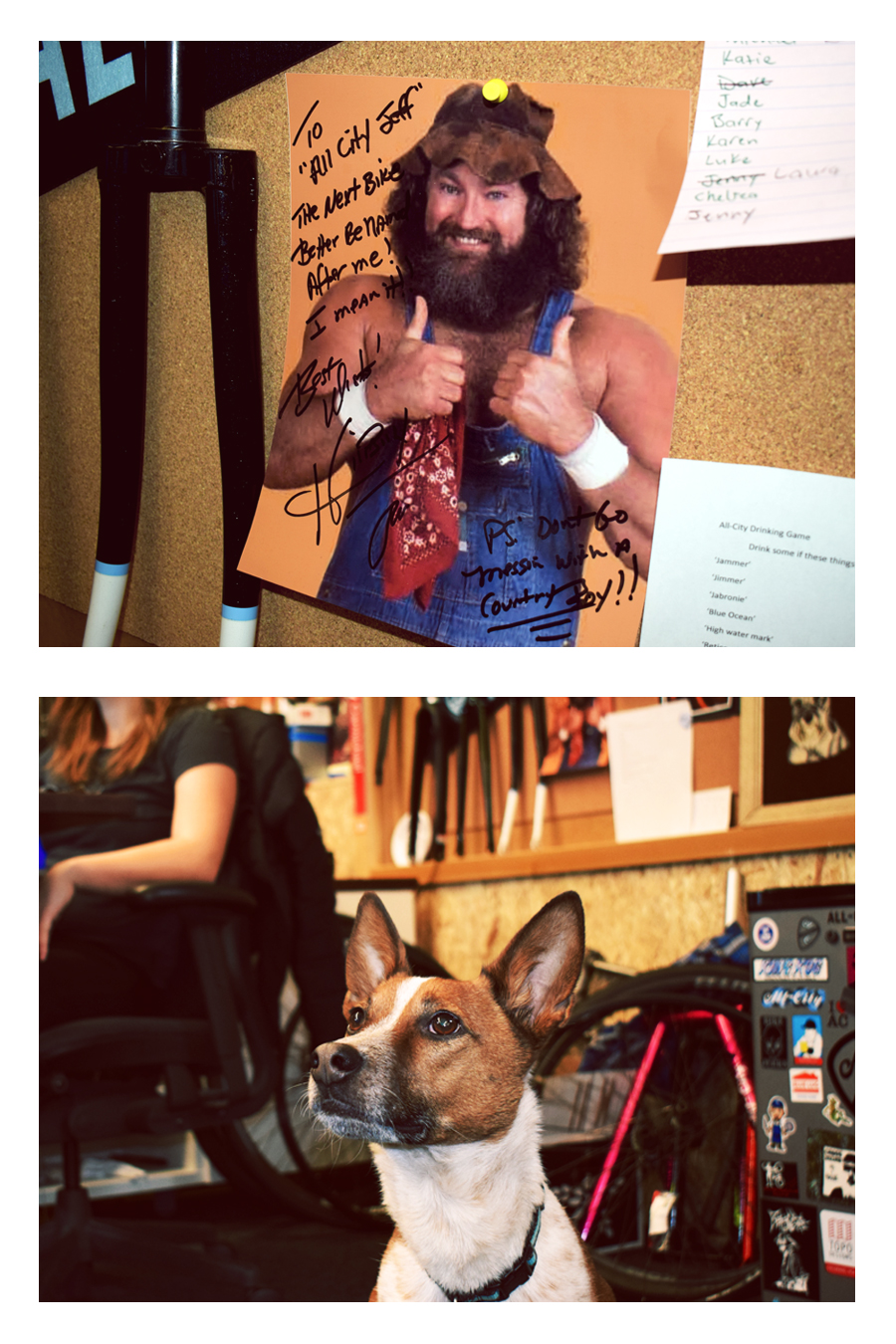 If you could engineer anything in the world, what would it be?

I could get down with designing motorcycles. My second choice would be artisanal kitchen equipment.

It’s great, everyone is so passionate. Sometimes I’ll see a heated argument break out during a meeting over something that seemed so minor. And it’s obvious that it only got heated because of how much everyone cares, because after the meeting we go back to talking about Law and Order Valentine’s cards. The team works together really well, and it’s cool to see how much thought and care is behind every single detail. 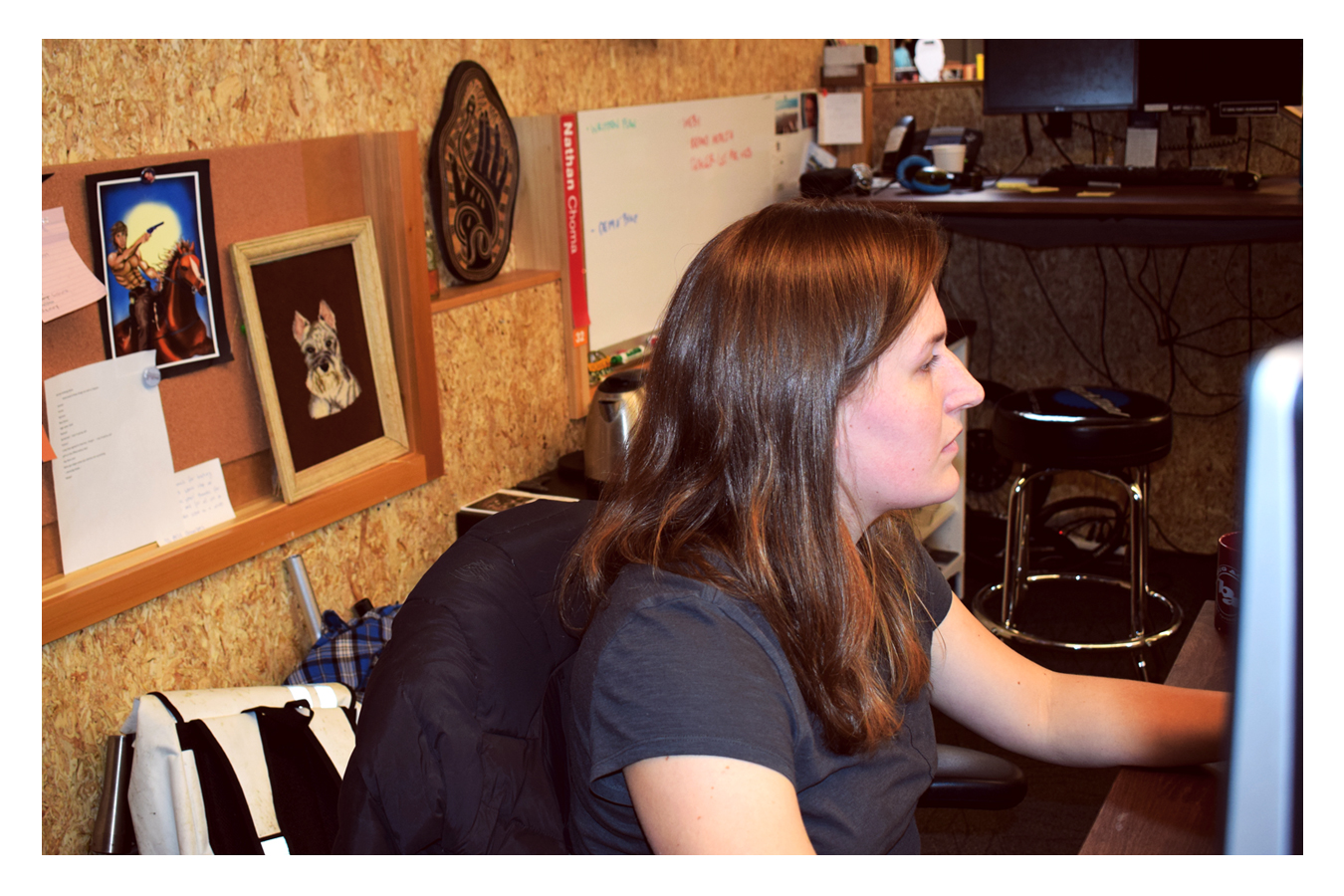 Where’s your favorite place to ride?

My favorite ride is my commute to work because I love my job!!! Just kidding. The coolest riding I have ever done was on the Colorado Trail. Around here I like riding the bandit trails along the river. There are always new things to see and explore. 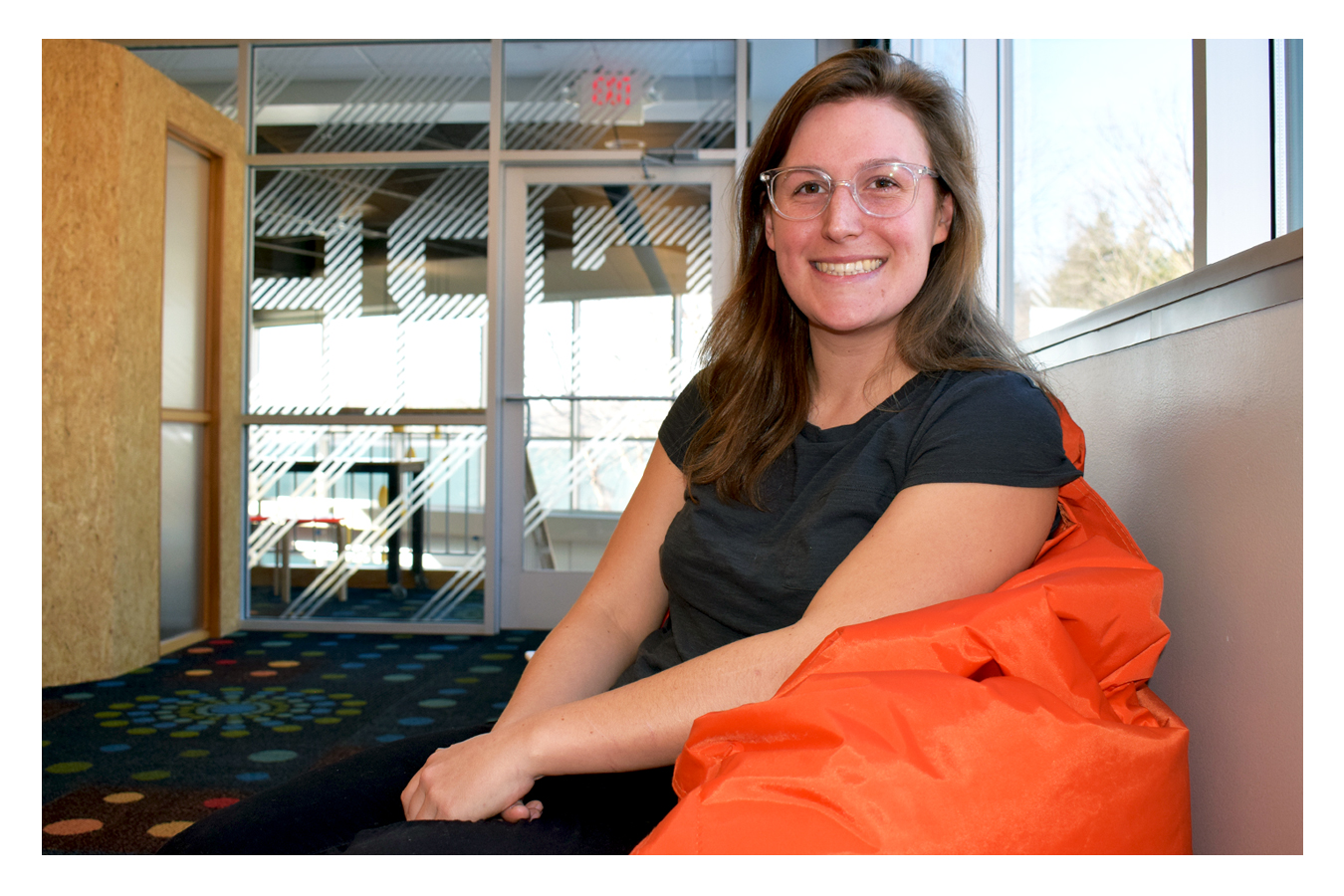 The Women Behind knog