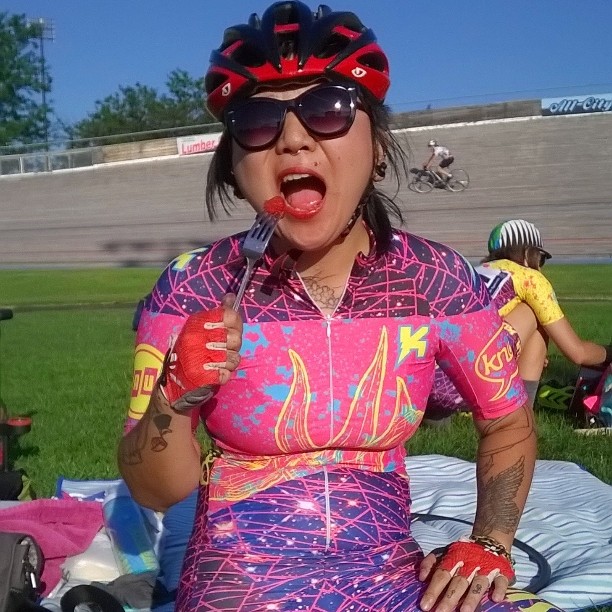 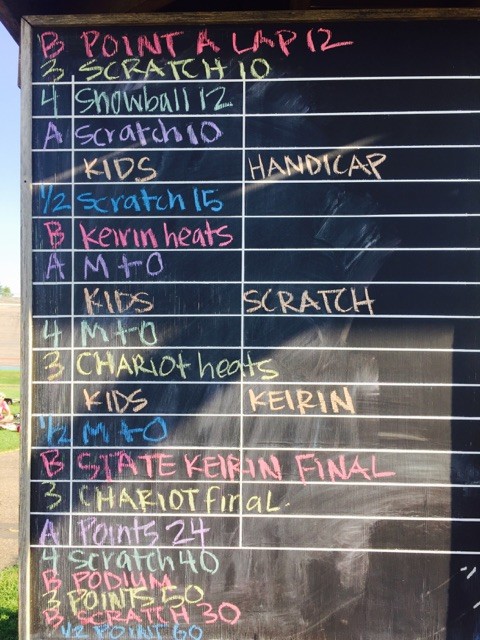 Then she saw the races for the evening.  Two separate fields for women (A & B) with a Keirin for the Bs and a Miss & Out for the As.  What’s not to love. 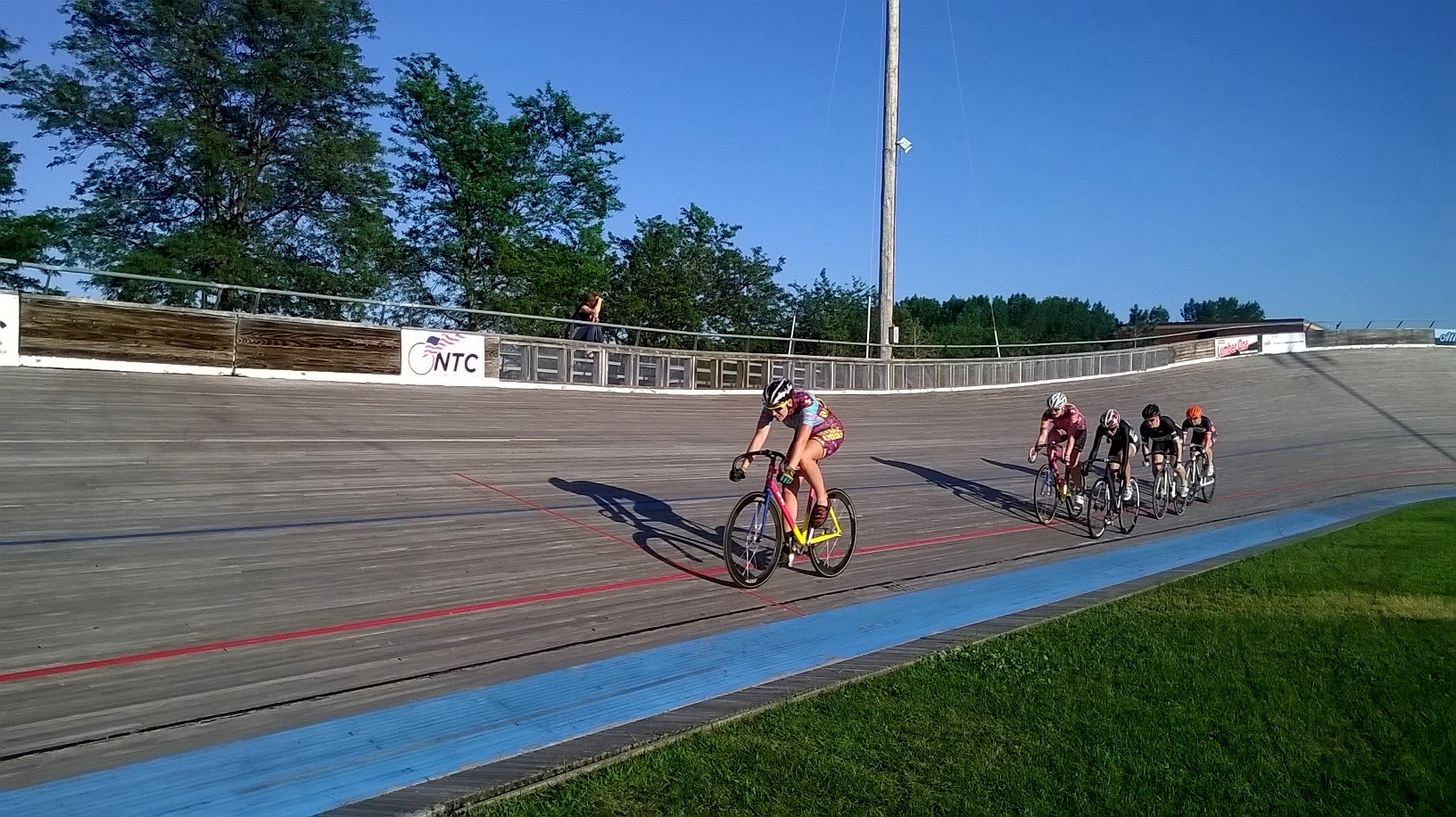 The first race of the night was a fast-paced point-a-lap with big moves across the field.  Just look at Monster Mash go. 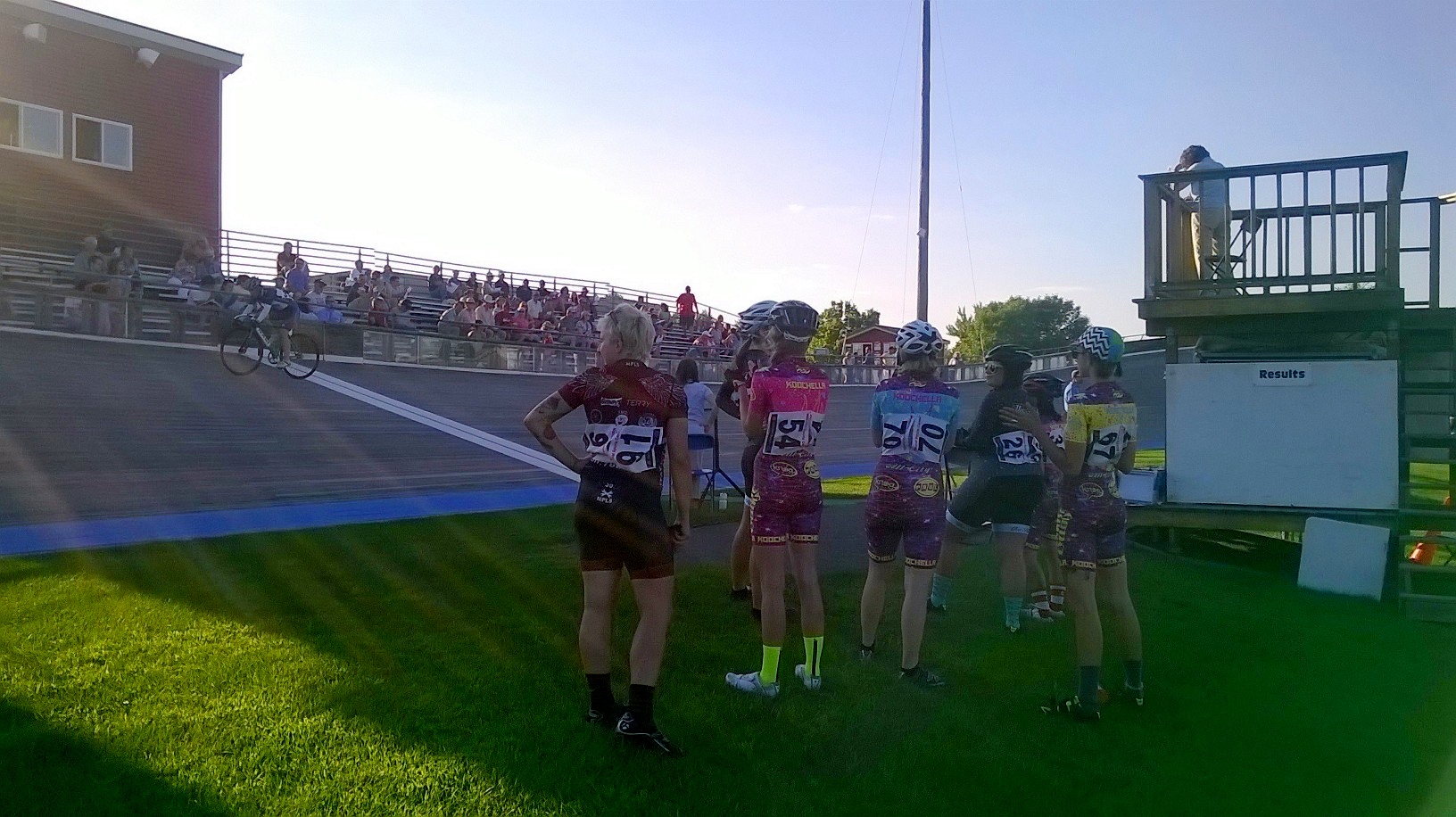 But nothing was as big as the roar of cheers coming from the infield as women in one field got to watch and cheer for women in another for the second time in the history of the NSC Velodrome. 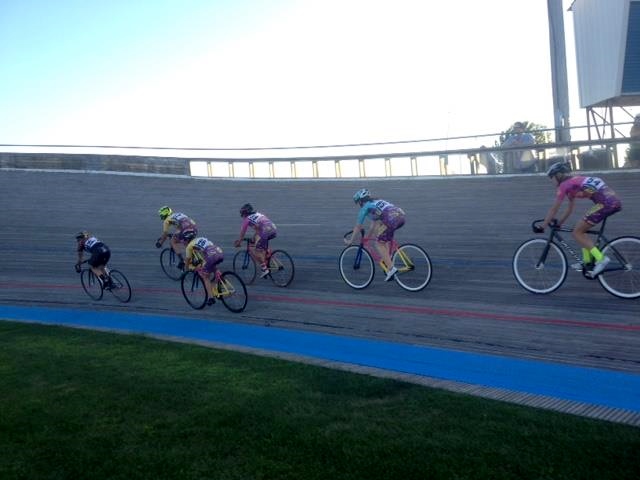 High on lady-love, Koochella took five of the top six places in the Miss & Out.  For new rider Crisi “The Fox” Lee, fifth felt like first.

While newbie Laura Schaefer may have been the first rider eliminated, she was the only lady to win the National Hot Dog Day prize. 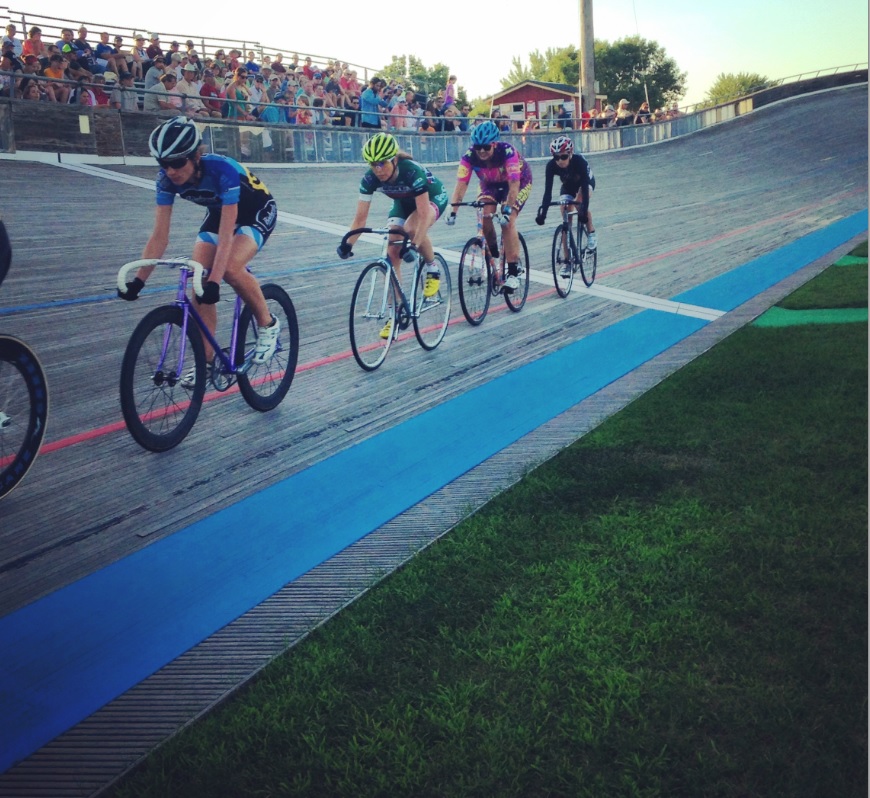 Next Anna “Momma Duck” Schwinn got back in the game after a few weeks of rest with her favorite event – the Keirin. 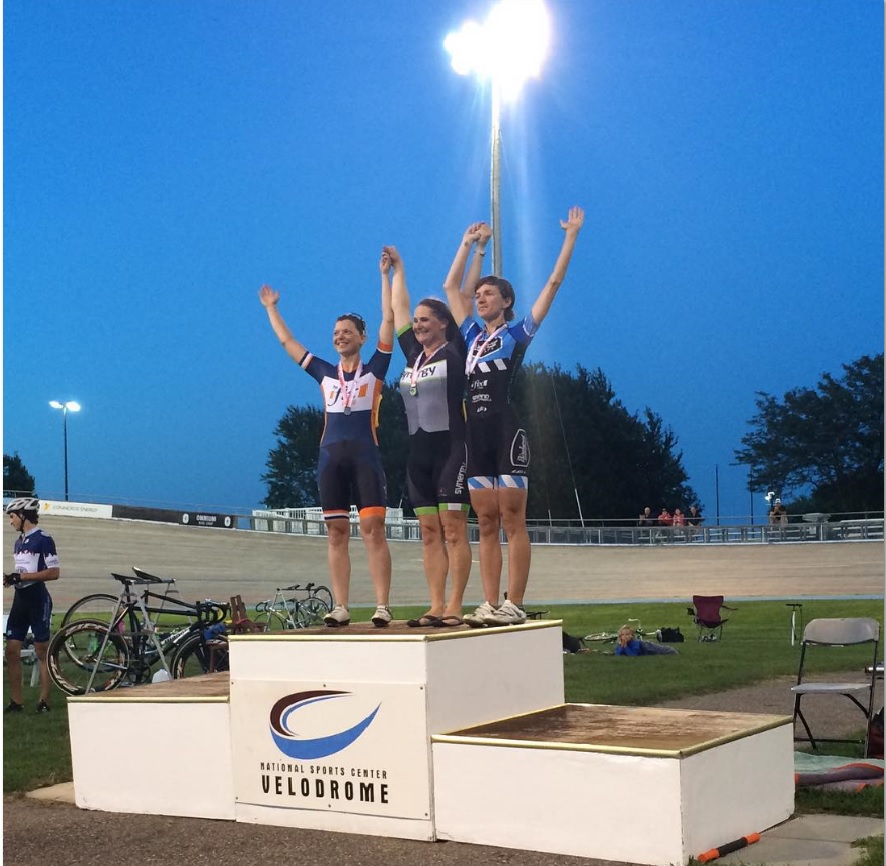 But the night’s biggest come back came from Lin-zilla Hamilton who crushed the Keirin on her first night of racing since a shoulder surgery earlier this year. 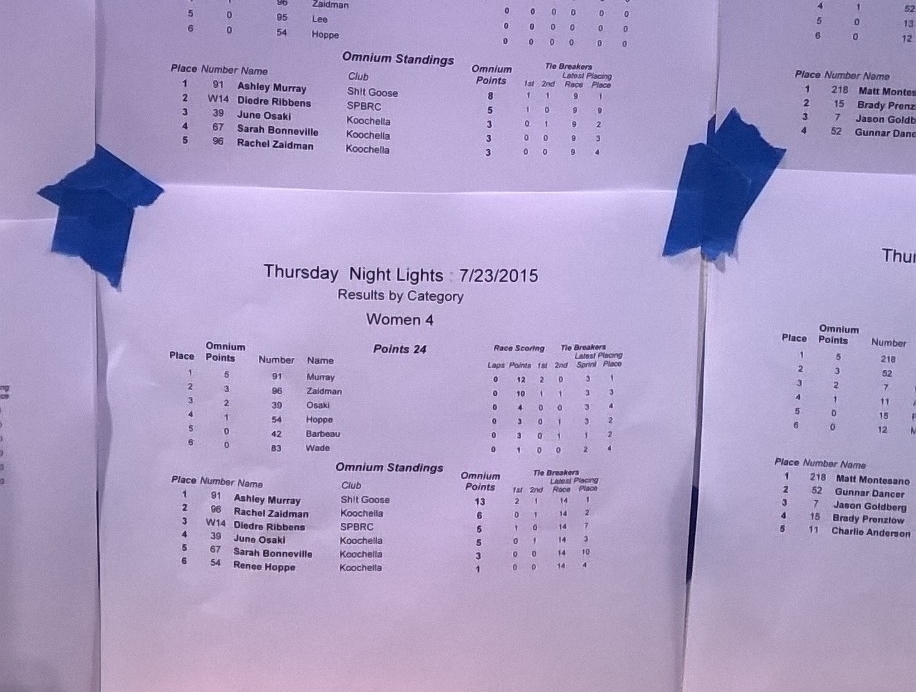 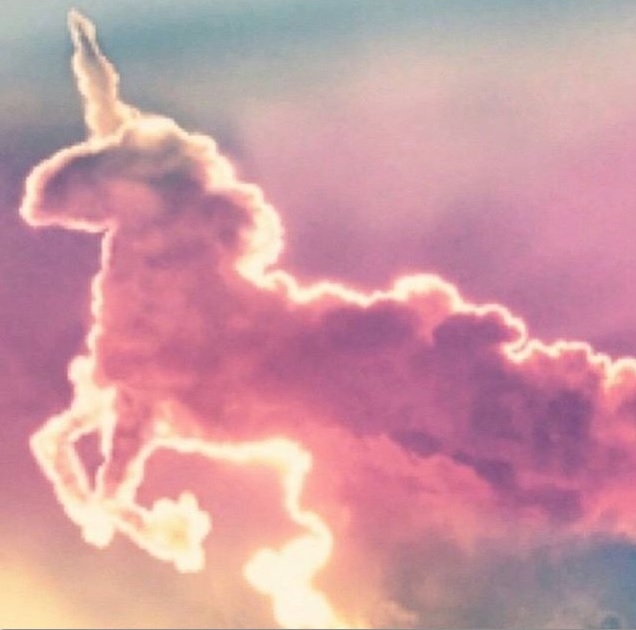 By the end of the night, many of the ladies were taking breaks from jumping for joy only to hug each other.  And plan the Koochella Classic.  And dream of unicorns.