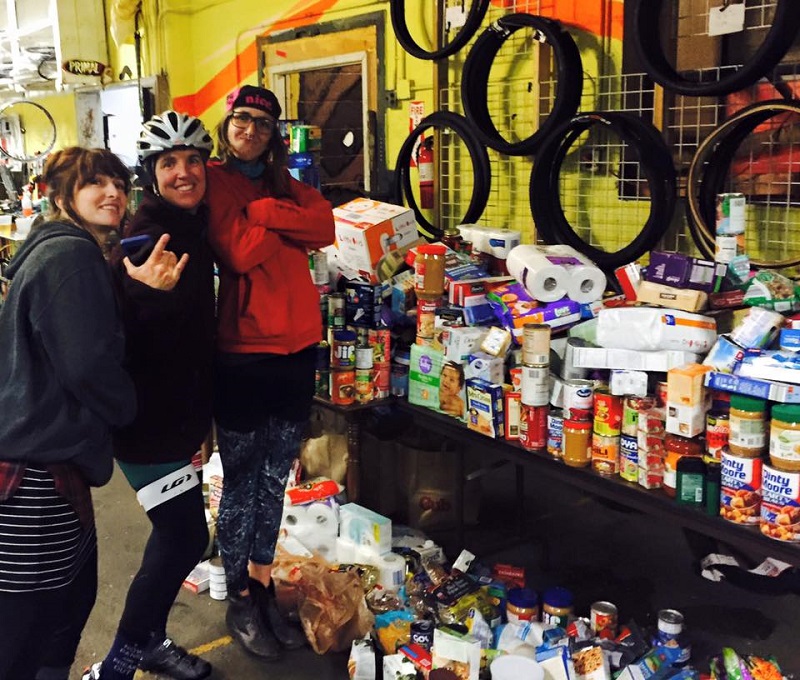 The food drive on two wheels – Koochella style. It all started a few months ago when Sunrise Cyclery owner & all around knight in shining armor Jamie McDonald was on the lookout for a 2015 Cranksgiving organizer. In the shadow of a successful 2014 event hosted by Lilah “Fratboy” Guertin, the Koochella babes were first on Jamie’s list. Keen on food, bikes, and friendship, Crisi “The Fox” Lee and Sarah “Beezy” Bonneville jumped into action. 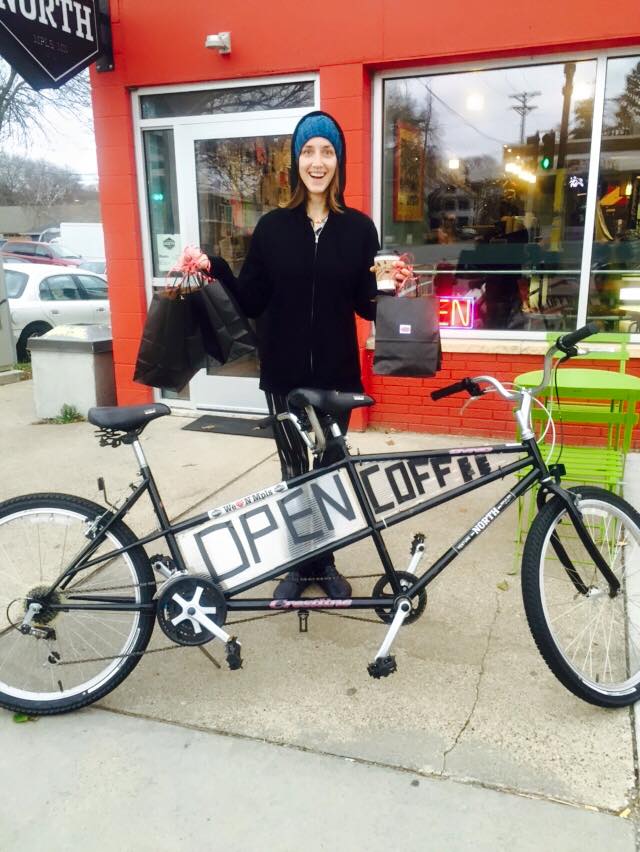 With a venue squared away, the pair started with stops and sponsorship. Together Crisi and Sarah put together a diverse manifest including an Aldi, Seward Co-op, the Wedge Co-op, two Cub Foods locations, and a bonus stop at “That damn Kmart.” They also rounded up a slew of all-star sponsors who showered them in rad gear and treats for the speediest and most generous Cranksgiving riders. 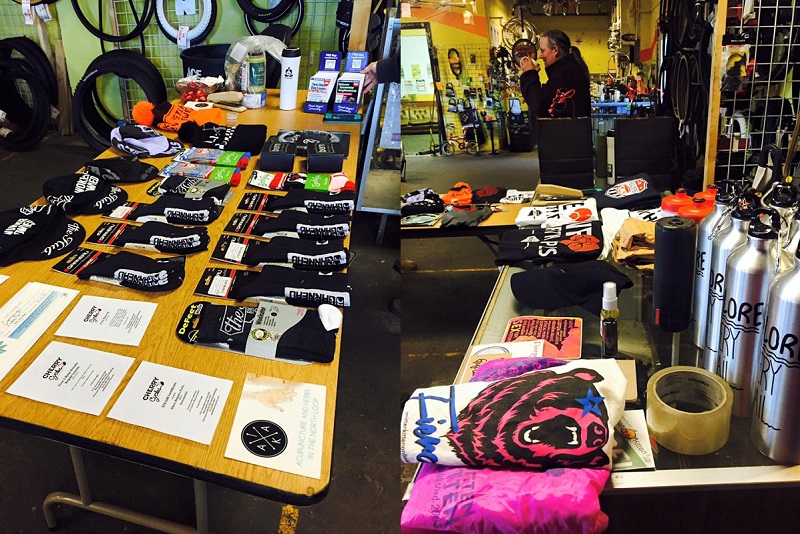 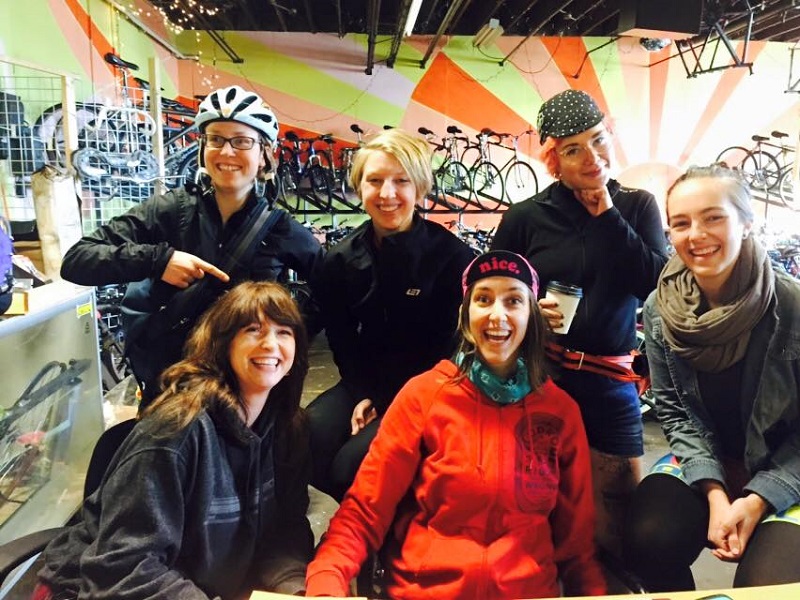 On the day of the race-food drive-fundraiser the entire crew of first-year Koochella babes (Baby Ducks for short) came together for the first time since the Team Retreat more than a month earlier. The team greeted tandems, trailers, track bikes, and commuter teams as 70 riders prepared to empty their hearts and wallets in grocery aisles across Minneapolis.

At 3:00 it was time to roll out. Sarah gathered everyone in the parking lot outside Sunrise, threw her hands in the air, and yelled “Go!” at the top of her lungs. 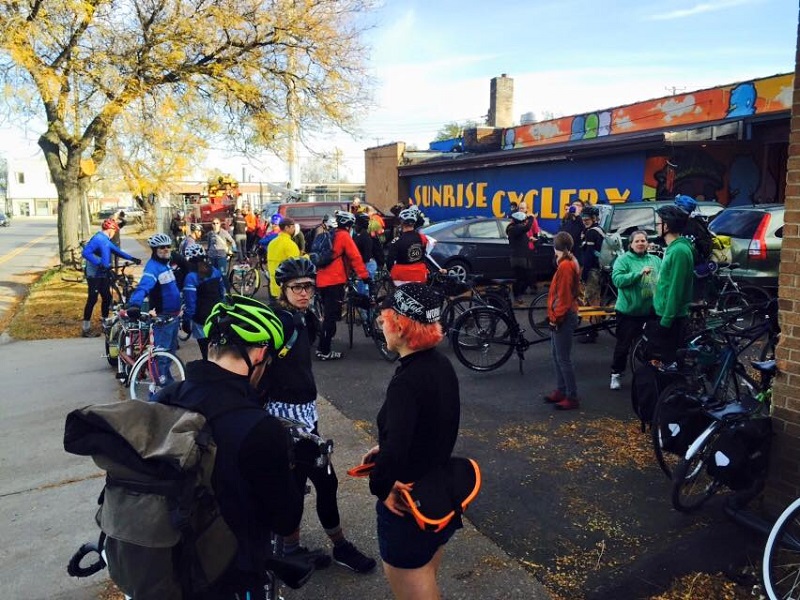 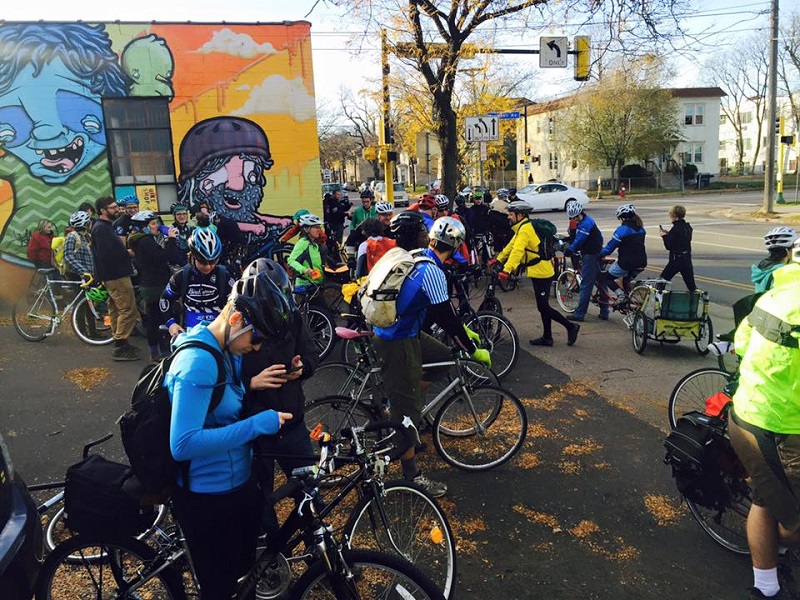 56 minutes later Lee Penn rolled back to the shop with a backpack full of holiday goodies. 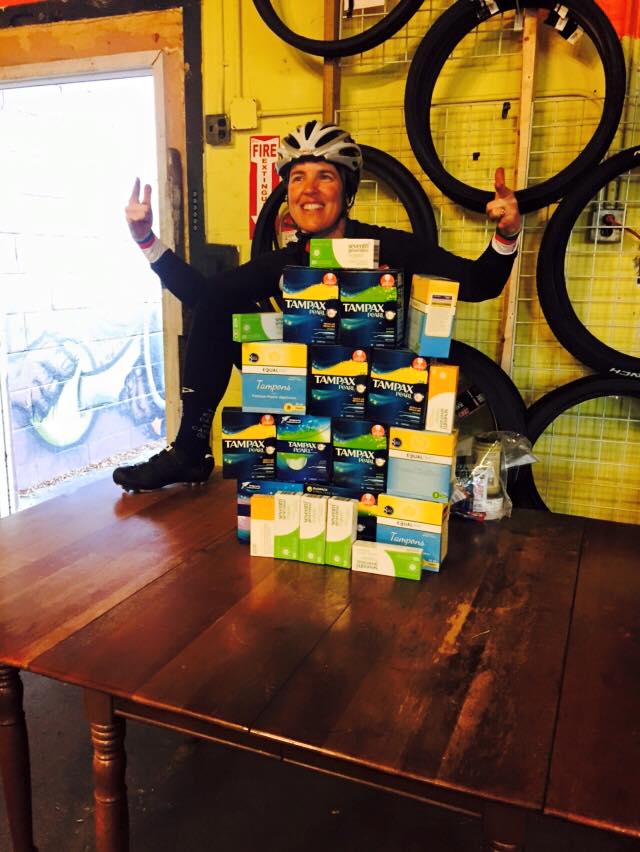 Lee credited her first place finish in part to her decision to purchase the same item at every store. In addition to leading the pack in speed, Lee also won most generous individual rider, spending $96.91 on Tampon Tower.

Yet the grandest receipt total came from the incredible folks at Mr. Michael Recycles Bicycles. In addition to running one of the raddest community shops around Mike and Benita designate 10% of their income to charity. The couple said they dog-eared a good chunk for Cranksgiving. $527.79 – a good chunk, indeed. 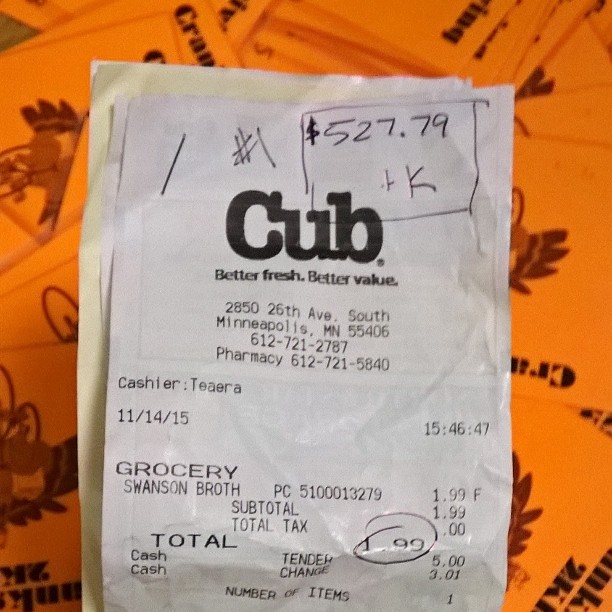 All told the riders donated 1,140 pounds of food and care products to Second Harvest Heartland. The total value of these donations landed at $2,902.02. Sarah and Crisi could not have been more humbled. 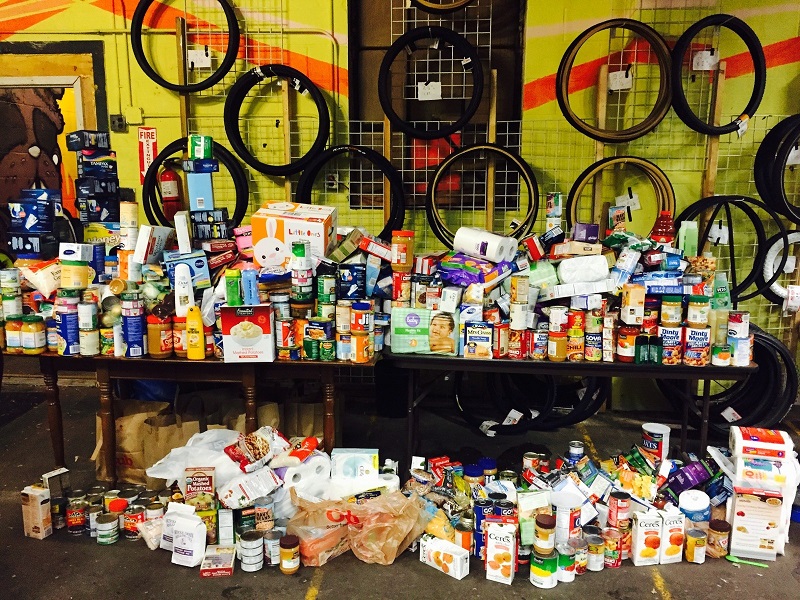 As the Koochella babes tallied receipts riders enjoyed a surprise keg biked in by two racers after they completed their manifests. Rather than leave right after awards, may of the riders stuck around to help load Crisi’s truck with the bounty they collected. Laughter and singing rippled up and down the assembly line, lit with bike lights from Sunrise to the pickup bed.

Shenanigans followed the friends back into Sunrise where the group of cyclists basked in their glory one last time before packing up. At least until next year. 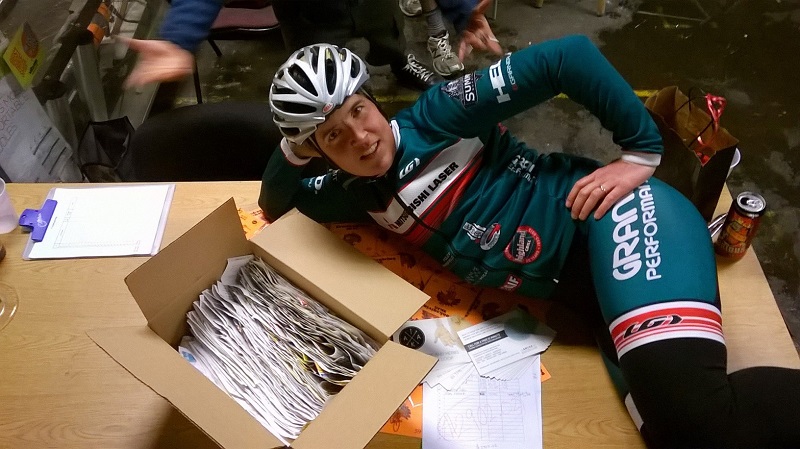